Water's Edge consists of a series of new paintings by Ita Freeney created over the last three years.

Water's Edge consists of a series of new paintings by Ita Freeney created over the last three years. 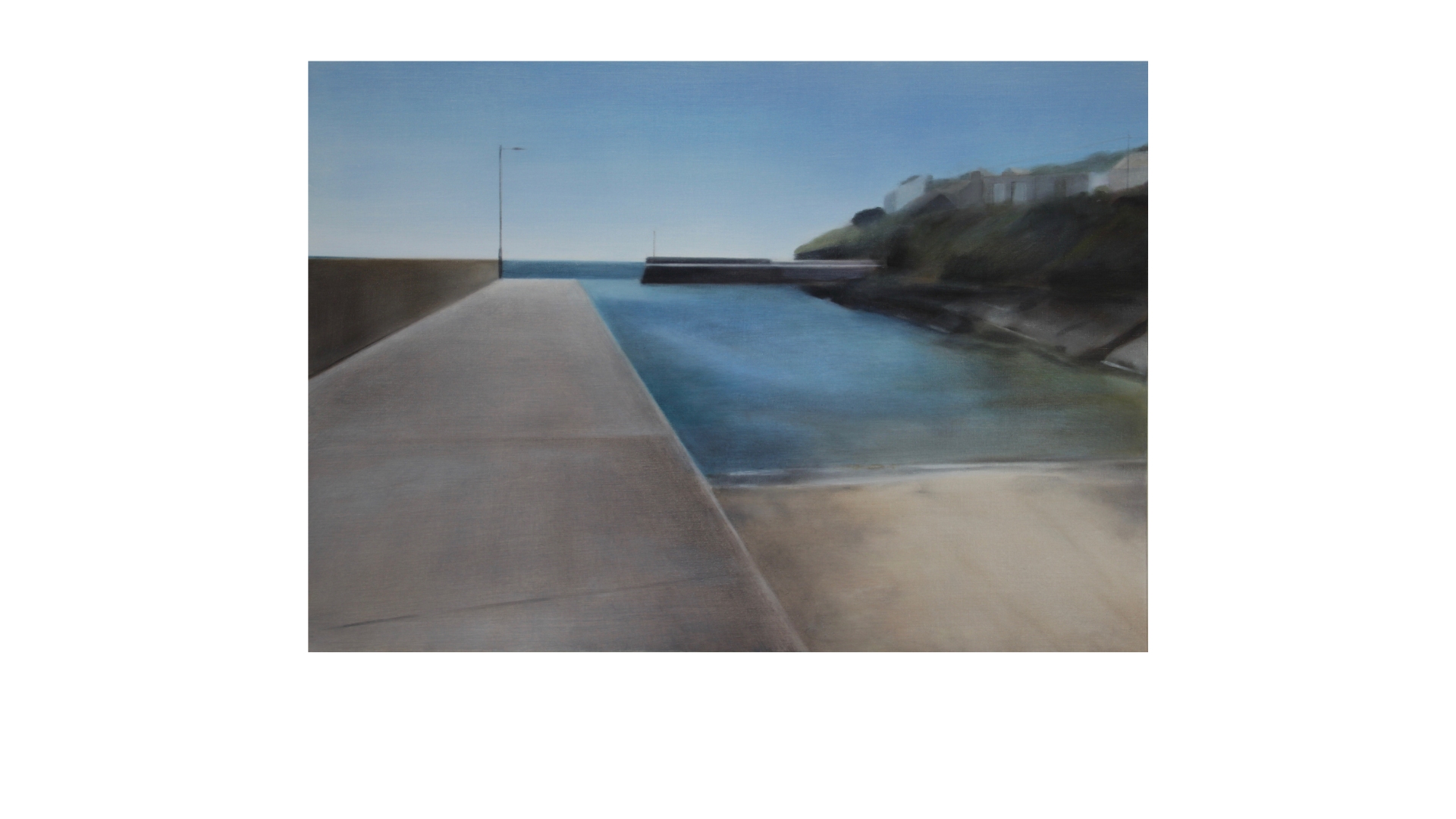 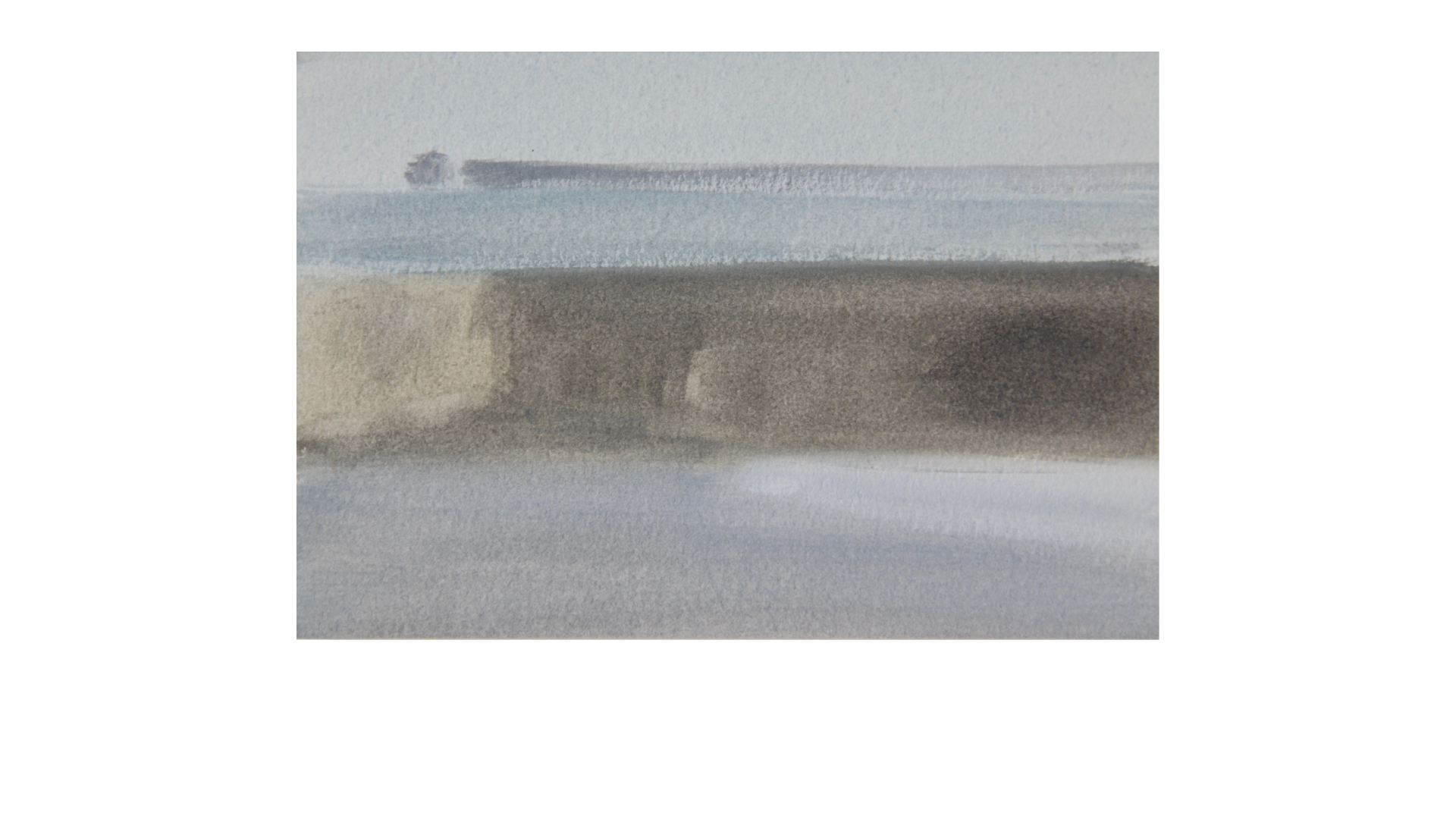 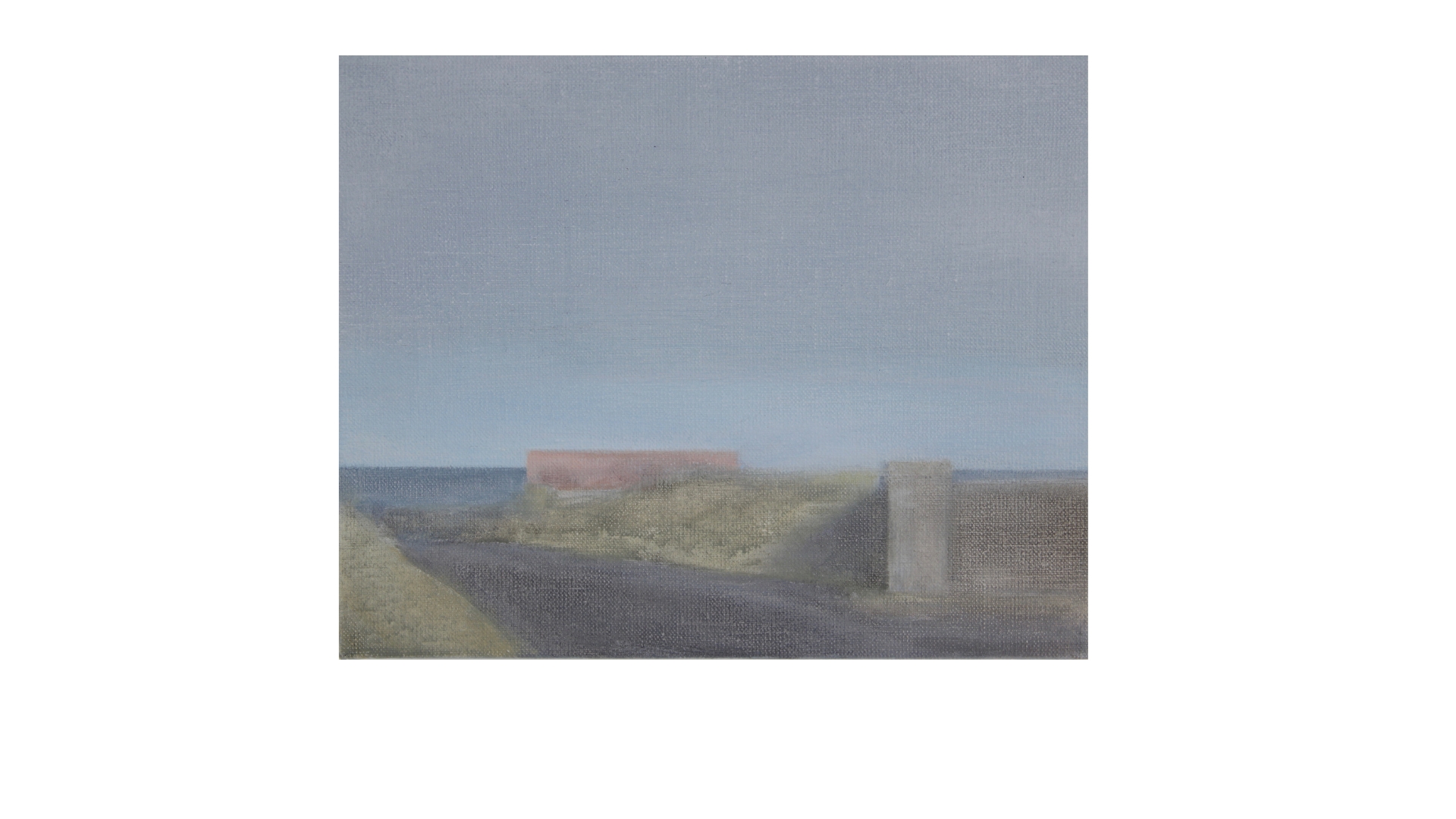 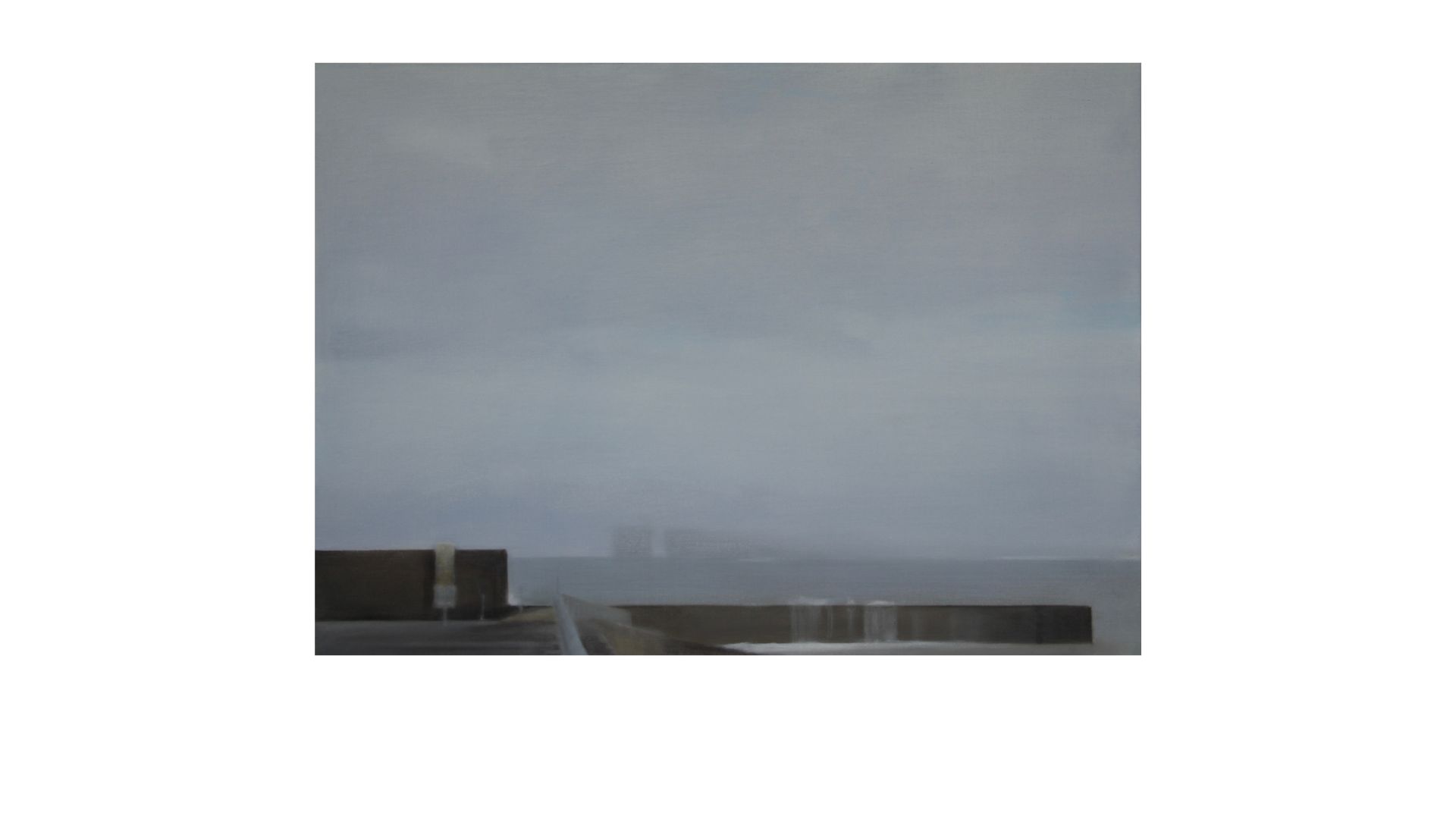 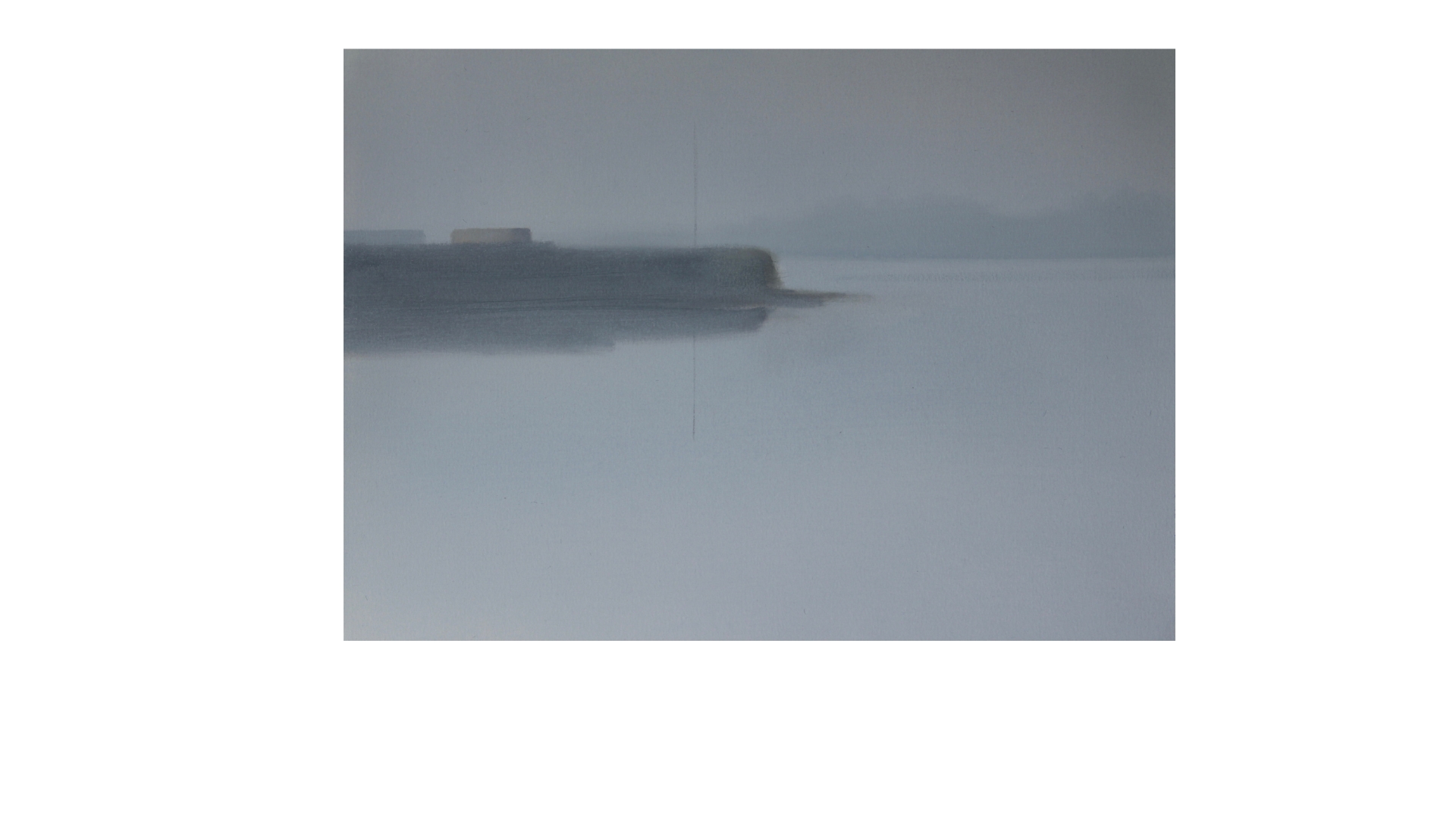 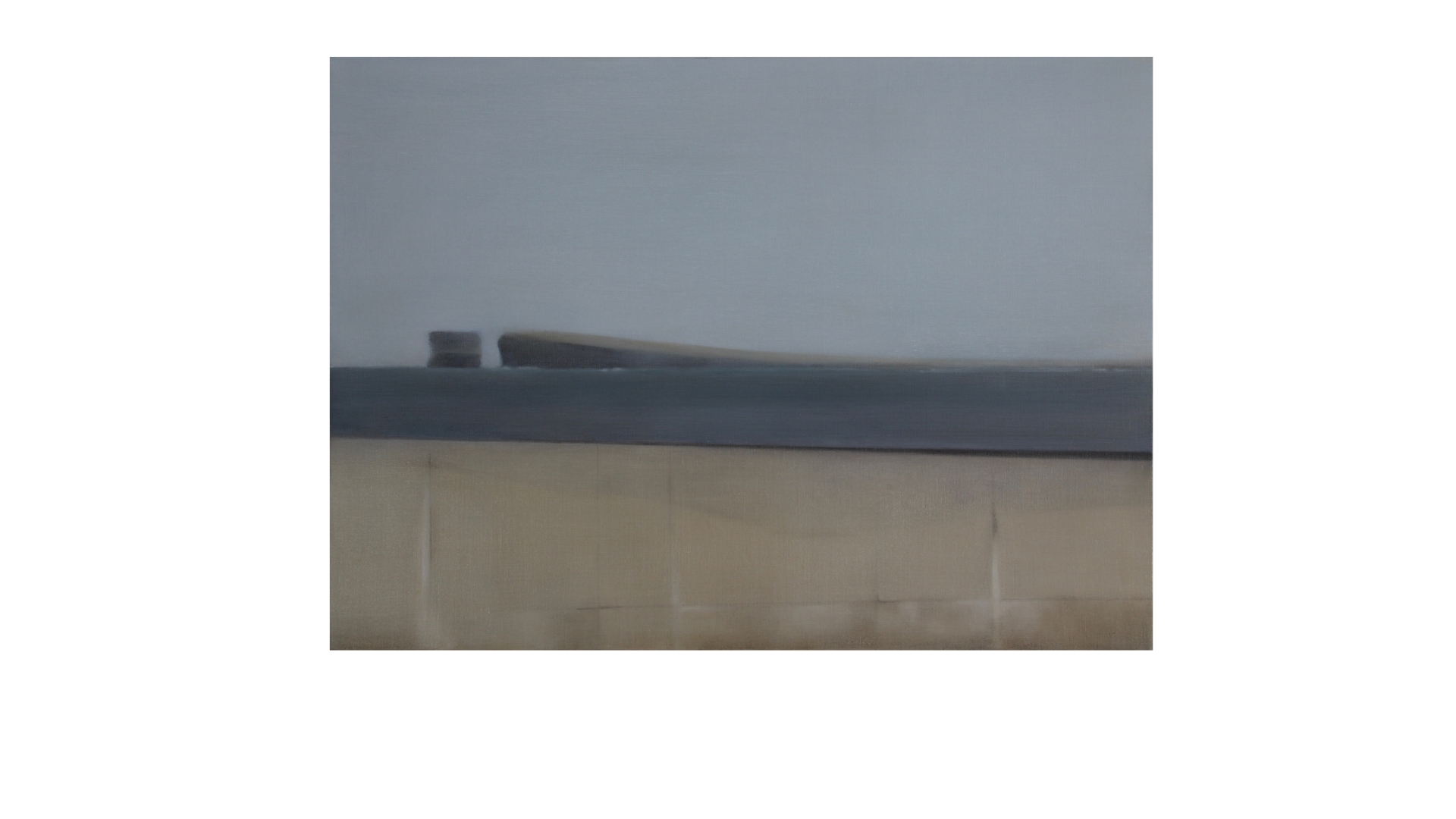 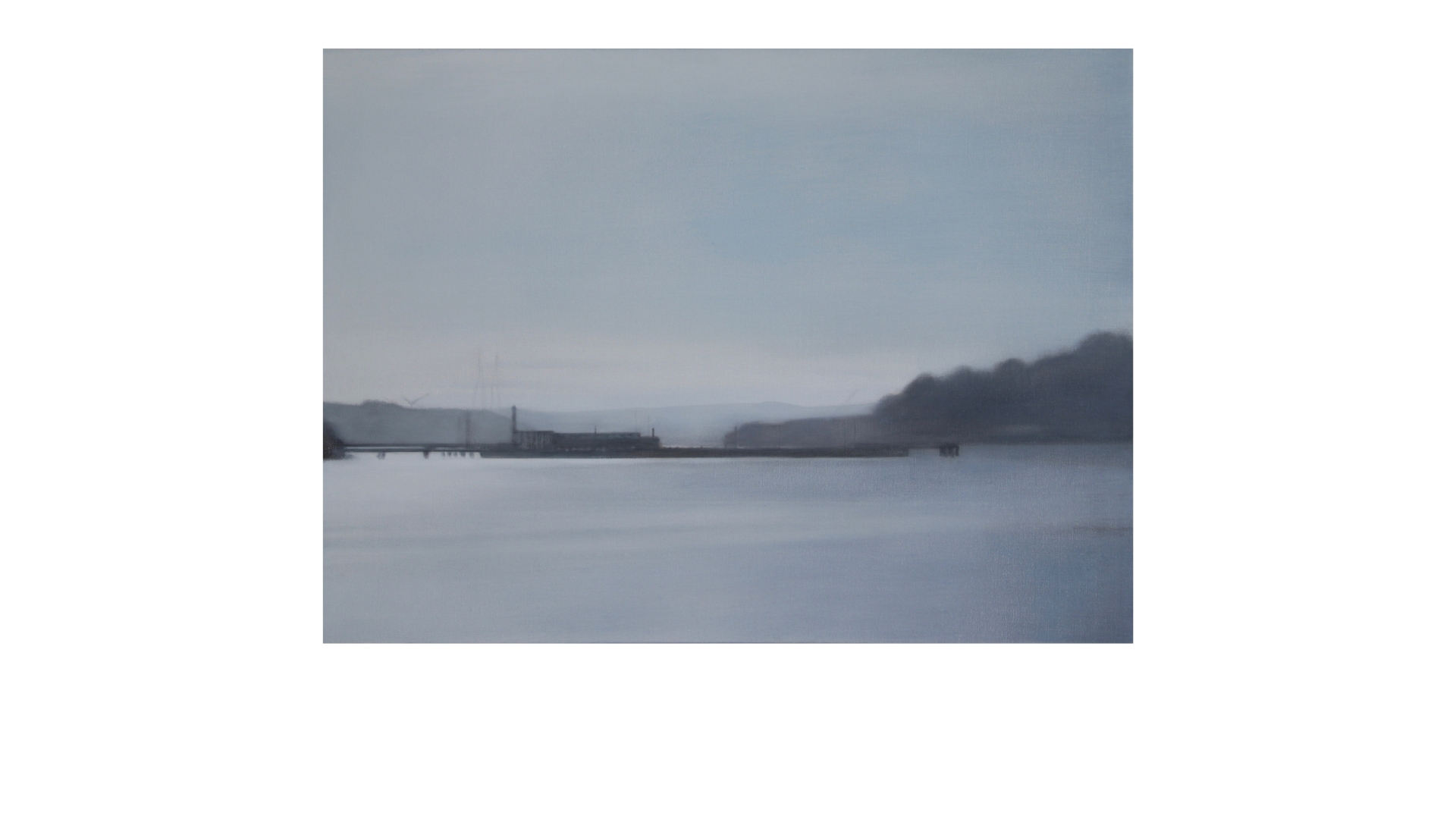 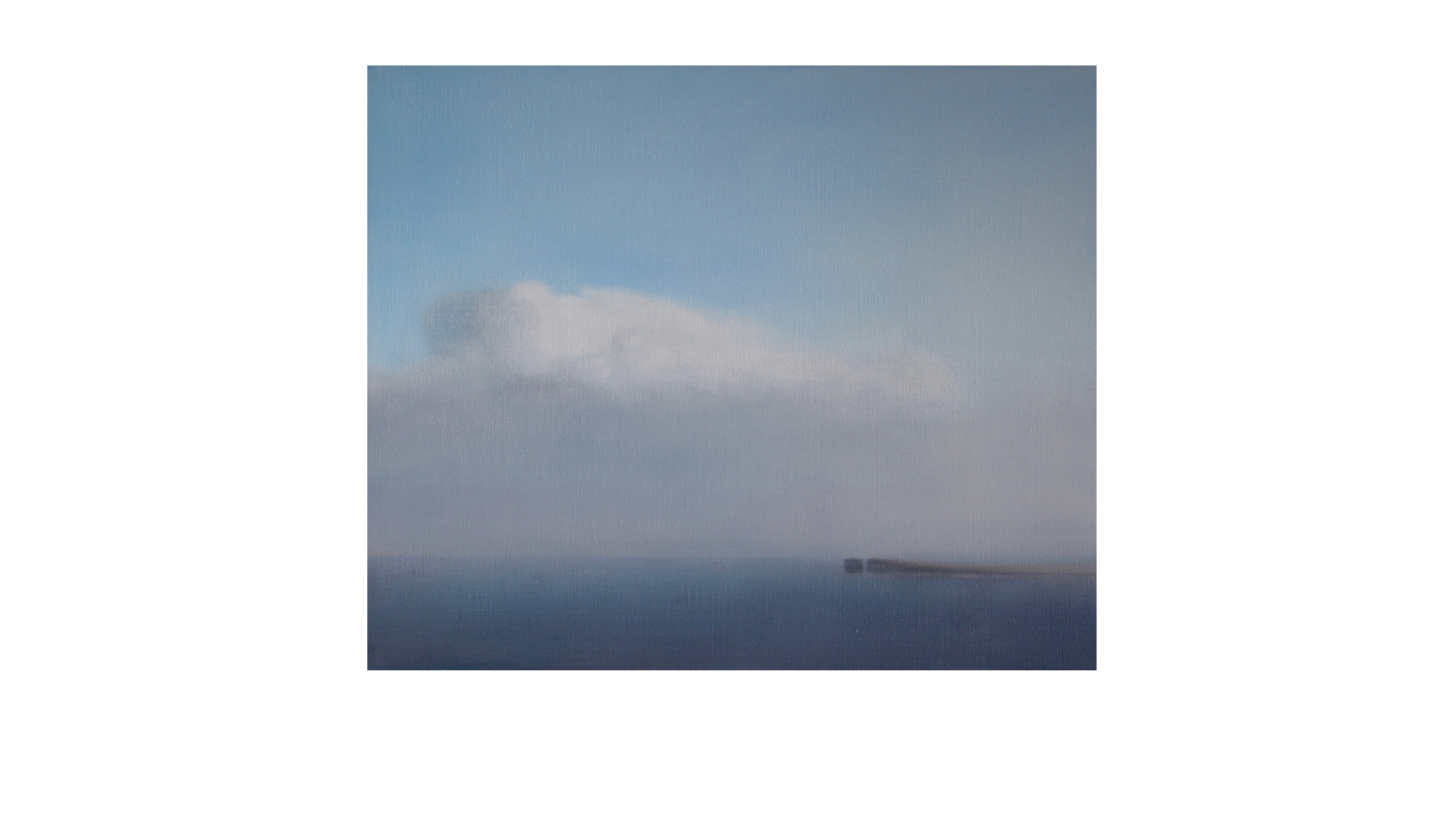 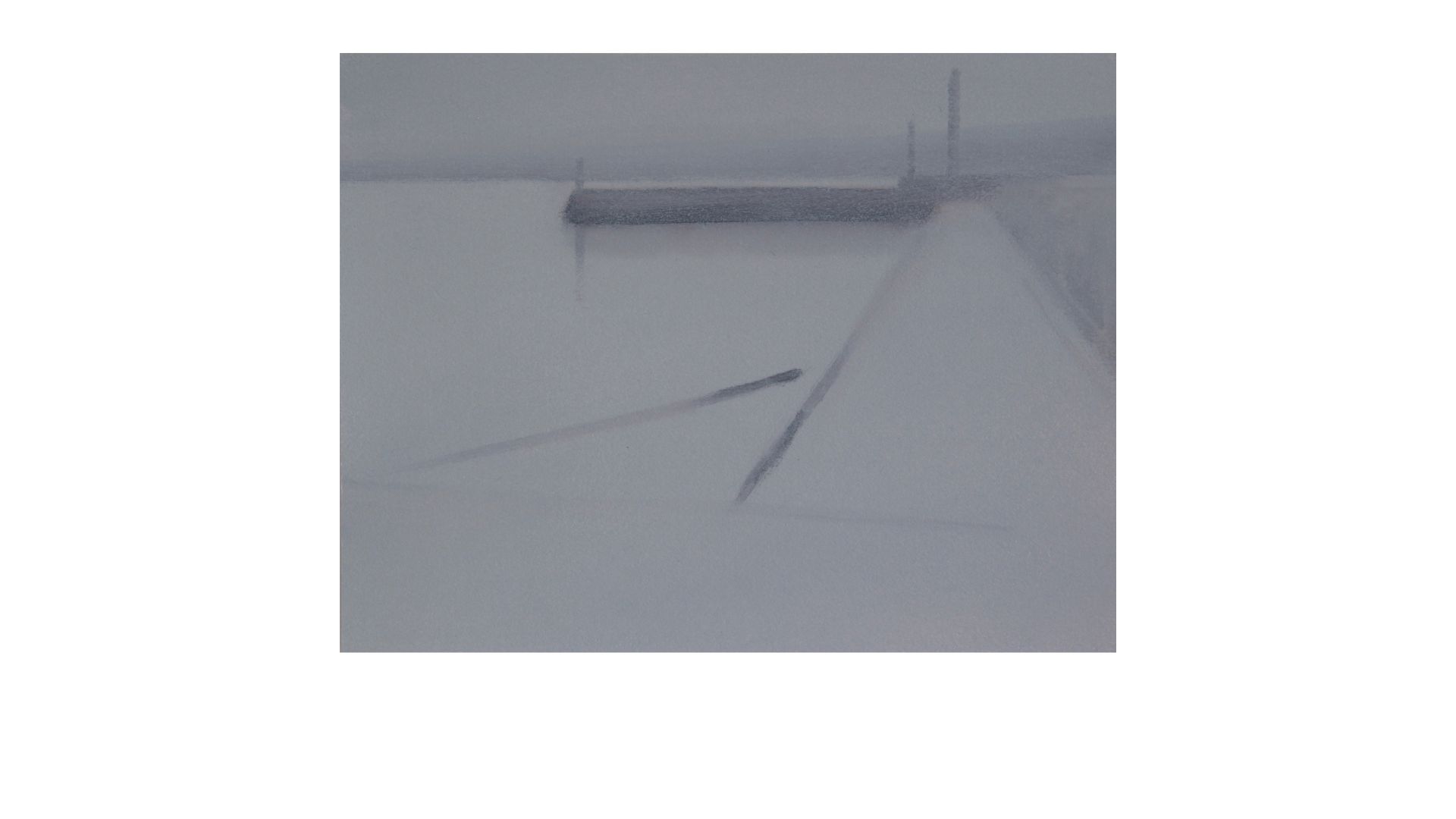 Ita Freeney’s Water’s Edge exhibition consists of a series of new paintings created over the last three years.  The sea is glimpsed at in all of these works but they are not seascapes per se.

Their focus is on the shape of headlands, piers, slipways, strips of water, roofs - areas forming a boundary with the water or breaking the block of water or sky. The solidity of land and the surrounding infrastructure is contrasted with and used to emphasise the airiness and openness of sea and sky.  This series gravitates towards horizontals, distance, direction, echoes, gaps, openings, and connections/separations.

These paintings play with abstraction and representation - finding and emphasising abstract forms in reality, while also observing nuances of colour, tone and form to evoke mood and atmosphere. Familiarity and building relationships with the places that inspire, has become a very important element in the work. Many return visits to inspirations in North Mayo, and East Cork into Waterford, result in getting absorbed in the places, observing them from different vantage points and in different lights.

Dublin born, Ita Freeney graduated from Crawford College of Art and Design with a BA Hons degree in Fine Art (1994).  She now lives in Cork. Her most recent shows have included a solo exhibition - Outer Edges at The Lavit Gallery (2019) and a two person exhibition, The Paul Kane Gallery at the Irish Architectural Archive in Dublin (2018). She has exhibited with the Paul Kane Gallery since 1998, with solo shows there in 2001 and 2008 as well as several two person and many group shows.  Other shows of note have included solo exhibitions at The Fenton Gallery, Cork  2006; the Belltable Arts Centre, Limerick 2002; Cork CIT 1997 and a two person exhibition at The West Cork Arts Centre in  1998.

Her work features in many collections including:  Ballinglen Museum of Contemporary Art, Mayo; Cork Co. Council; The Crawford Municipal Art Gallery, Cork; Dental Hospital, Dublin; Department of Finance; The Office of Public Works and  UCC . In 2004, she was awarded a fellowship from The Ballinglen Arts Foundation and completed residencies there that year and each year since 2019. She was a member of The Backwater Artists Group, Cork (1994 – 1997) and (2004 – 2013) and is a member of Visual Artists Ireland and the Backwater Artists Network.