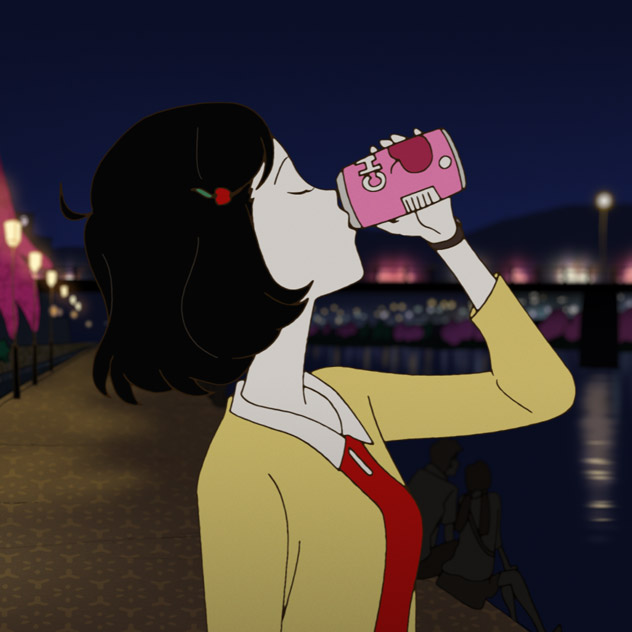 The Night is Short, Walk On Girl 夜は短し歩けよ乙女 Dir: Masaaki Yuasa 2017 93 minutes Cert: 15A With the voices of: Gen Hoshino, Kana Hanazawa, Hiroshi Kamiya During one whirlwind night in Kyoto, female student Otome, aka The Girl with Black Hair, flits from spot to spot, determined to drink the night away. She crosses paths with many eccentric characters, as she parties not just in bars, but also through many other unexpected places including a local book market, a guerrilla theatre performance and a wedding. Has she even noticed shy fellow student Senpai pursuing her, as he attempts to engineer an accidental encounter in which he can confess his love? Winner of the Best Animated Feature prize at the recent Japanese Academy Awards, The Night Is Short, Walk on Girl is based on Tomihiko Morimi’s bestselling coming-of-age novel of the same and cements Masaaki Yuasa’s reputation as one of Japan’s contemporary anime masters.