Parliament of the Future Workshops

Commissioned by STAC and produced by Tipperary Dance specifically for young adolescents.

Parliament of the Future Workshops

Commissioned by STAC and produced by Tipperary Dance specifically for young adolescents.

Participants will work for two days on new ways of engaging in constructive and imaginative dialogues without separating mind and body; trying to fabricate forms of empathy by dancing, techno, warming up the party and sharpening our critical thinking, all at the same time.

Aimed at all bodies and ideas!

Through 2 dynamic sessions of 3 hours each where we dance, think and share together about issues that are relevant for the future of our society.

The last hour on the second day is open to a public audience - an open parliament session in which the ‘deputies’ dance the topic before speaking.

Tickets are FREE but must be booked on Eventbrite :

Creator, producer, performer and curator of contemporary live arts. Artistic director of the Tenerife LAV (a laboratory for Live Arts and Citizenship), and of the contemporary dance programme DANZA EN BREVE for the Teatro Leal de La Laguna. Graduate in Philosophy,Psychologist and Systemic Family Therapist, a profession to which he has dedicated himself for more than a decade. Professionally linked to music since1997 with groups such as Super8, Sopassoup and Caro Ceice, he has collaborated from the beginning in various stage and film projects as a composer, actor and creator of sound spaces.

DJ Clodagh has played all over the world headlining gigs in Bulgaria, Brazil, Japan, Tunisia, Sweden, Norway,Italy, Spain, Ireland, UK, Ibiza, etc. playing alongside some of the top Djs in the world like Tiesto, Sasha and many more as well as going on tour with her hero Carl Cox as his warm up DJ all over France, finishing the tour at the Cannes Film Festival. In 2004 she was a contestant on the 6 part ITV documentary called the “Joy of Decks” where she was mentored by Sister Bliss from Faithless. For 3 years she ran and promoted a club night in London called Spiritualised. She has been running a club night in Ireland called MOOVE where she organises boat parties on the river Shannon. Clodagh is known for her uplifting style of house and techno music and is guaranteed to rock any party. 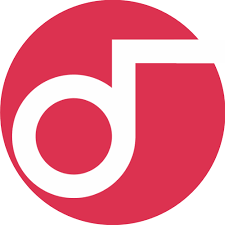 As an artist-led, non-profit organisation, Tipperary Dance acts as an international creative space that engages creatively with artists and citizens while building and providing infrastructure(s) for the art form of dance.
PDF Download

Join our mailing list
Sign up to receive email updates in events, exhibitions & classes/workshops.
Sign up complete! Thank you!
Oops! Something went wrong while submitting the form.
We use MailChimp as our email marketing platform. Read our Privacy Policy here.