Cork-based experimental music group, the Quiet Music Ensemble will bring their unique sonic art to Clonmel with 'The Mystery Beyond Matter', a piece they commissioned the late Pauline Oliveros to compose. 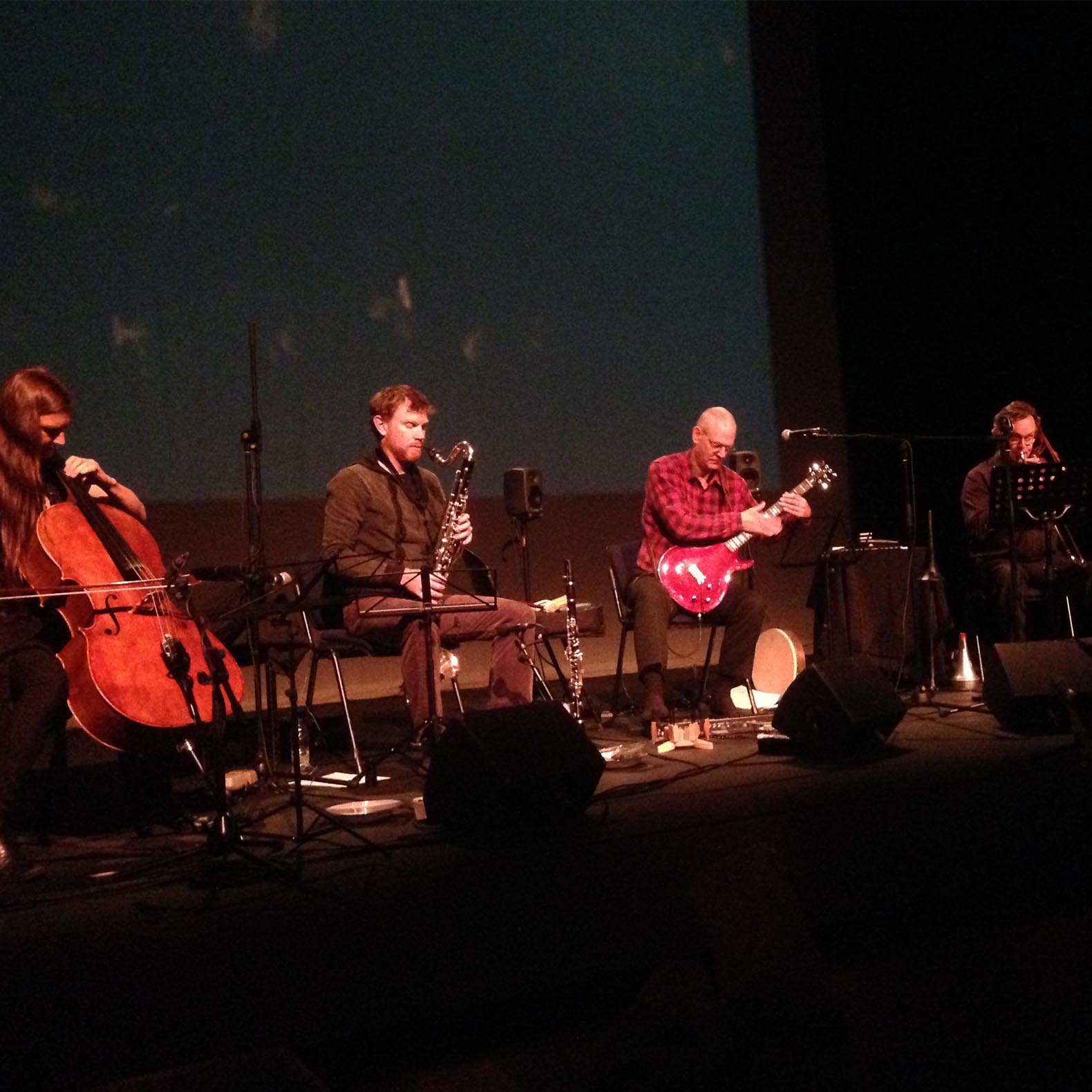 Cork-based experimental music group, the Quiet Music Ensemble will bring their unique sonic art to Clonmel with 'The Mystery Beyond Matter', a piece they commissioned the late Pauline Oliveros to compose.

Venue: Main Guard https://drive.google.com/open?id=1PbBq_epXHfH2tI8v0z3lyLAJXfeMxmll - Download Brochure Quiet Music Ensemble is a Cork-based Experimental Music group led by composer and performer John Godfrey. The word ‘quiet’ in its name is intended to conjure both the sense of hushed and of peaceful; its music is a restrained meditation on sound itself. The group consists of musicians from various musical roots, and draws its repertoire from diverse artistic sources, including composers of music, sound artists and visual artists. Free and guided improvisation is a central aspect of QME’s practice, as is interaction with pre-recorded and live electronics. It performs in unconventional spaces and contexts, and specialises in extended performances. They will perform the piece that they commissioned from the late great Pauline Oliveros - The Mystery Beyond Matter - which explores an extraordinary maze of acoustics created within especially developed software. The audience are invited to move around the Main Guard as the musicians play in the gallery, finding their own space within the building during the concert. John Godfrey, Director/electric guitar; Seán Mac Erlaine, saxes/clarinets; Roddy O’Keefe, Trombone; Ilse De Ziah,‘cello; Dan Bodwell, double bass; Alexis Nealon, Sound Engineer; Anna Murray, Manager. http://quietmusicensemble.com/>http://quietmusicensemble.com/ PAULINE OLIVEROS 1932-2016 Pauline Oliveros' life as a composer, performer and humanitarian was about opening her own and others' sensibilities to the universe and facets of sounds. Her career spanned fifty years of boundary dissolving music making. In the '50s she was part of a circle of iconoclastic composers, artists, poets gathered together in San Francisco. In the 1960's she influenced American music profoundly through her work with improvisation, meditation, electronic music, myth and ritual. She was the recipient of four Honorary Doctorates and among her many recent awards were the William Schuman Award for Lifetime Achievement, Columbia University, New York, NY,The Giga-Hertz-Award for Lifetime Achievement in Electronic Music from ZKM, Center for Art and Media, Karlsruhe, Germany and The John Cage award from from the Foundation of Contemporary Arts. http://www.southtippartscentre.ie/details.php?ID=137 - Soirée Musicale Package http://www.southtippartscentre.ie/details.php?ID=138 - Weekend package http://www.southtippartscentre.ie/details.php?ID=139 - Finding a Voice Festival package