Reflections on a Theme by Clara Schumann

Four of the seven commissioned composers will talk about Clara Schumann’s life and work, as well as about their approach to the piece Reflections on a Theme by Clara Schumann 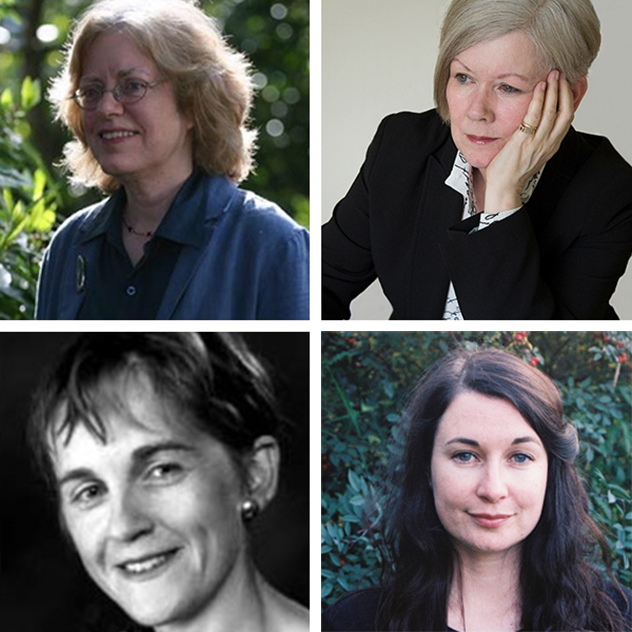 Reflections on a Theme by Clara Schumann

Four of the seven commissioned composers will talk about Clara Schumann’s life and work, as well as about their approach to the piece Reflections on a Theme by Clara Schumann

Reflections on a Theme by Clara Schumann Venue: Tipperary County Museum, Clonmel Four of the seven commissioned composers will talk about Clara Schumann’s life and work, as well as about their approach to the piece Reflections on a Theme by Clara Schumann Rhona Clarke was born in Dublin. She studied music at University College, Dublin, and completed a PhD at Queen’s University, Belfast. She is an associate professor in the School of Theology, Philosophy, and Music at Dublin City University. Her output includes choral, chamber, orchestral and electronic works. A portrait CD of her work, A Different Game, featuring the renowned Fidelio Trio was released in March 2017. Recent works include Edge, String Quartet No3, commissioned by Music Network for the French ensemble Quatuor Voice’s Irish tour, and Ave, Atque Vale which was performed at the Choir of the Chapels Royal, directed by Colm Carey at the Tower of London in May 2018. I was delighted to be asked to be a part of this exciting project commemorating the work of Clara Schumann. It will be really interesting to see how the different composers approached the brief to write a short piece reflecting on part of a piano trio by this historical composer. In my own case, titled Clara through a Glass Cage it reflects on this through piano styles of two more recent composers: Philip Glass and John Cage. Amanda Feery is a composer working with acoustic, electronic and improvised music. Much of her inspiration comes from literature, visual art, and folklore. She has written for orchestral, chamber and vocal ensembles, theatre, kinetic sculpture, and multimedia. She graduated from Trinity College Dublin with a B.A in Music in 2006 and a M.Phil in Music and Media Technologies in 2009. She is currently a doctoral student in Music Composition at Princeton University. She was recently selected to work with Grammy award-winning quartet Third Coast Percussion on their 2018-19 Emerging Composers Partnership. Future projects include works for flautist Lina Andonovska and Ball State Symphony Band. The 2nd movement of Clara Schumann's piano trio, of which we reflected on, is the Scherzo, typically known as a playful movement of a larger work. I responded to what I thought was a darker undercurrent amongst this playfulness. Marian Ingoldsby was born in Carrick-on-Suir, Co.Tipperary. She studied composition with Gerald Barry at University College, Cork, graduating with an MA in Composition and winning the Fleischmann Prize in 1995 for her contribution to music. In 2000 she graduated with a PhD in Composition from the University Of York, having been awarded the first Elizabeth Maconchy Fellowship to study there. She is currently a lecturer in the Department of Creative and Performing Arts in Waterford Institute of Technology, and she performs regularly with choirs and singers both locally and further afield. Commissions include an opera by Opera Theatre Company, the NSO, Cork International Choral Festival, the AXA Dublin International Piano Competition, and the UO. Up and coming projects include a solo lecture/recital and a new work for guitar duo. My piece (Homage to Clara Schumann: Ablenkugen/Distractions) is a modern take on the busy life of Clara Schumann. It is not intended as a humorous, scherzo-like piece, but as one which portrays the piano as an imaginary orchestra - the process of writing this has given me 'hours of self-forgetfulness when one lives in a world of sound'. It is important to note that Clara Schumann was unable to avail of the assistance of such publications as 'Men are from Mars' (USA, 1993) Born in Hartford, Connecticut, Jane O’Leary has been resident in Ireland since 1972. She is a founding member of Aosdána, Ireland’s state-sponsored academy of creative artists, a graduate of Vassar College and holds a PhD in composition from Princeton University. As artistic director and pianist of Concorde ensemble, Jane O’Leary has been nurturing the development of new music in Ireland and promoting its performance worldwide since 1976. She was a founding member of Music for Galway and is currently a Director of The Galway Music Residency. I’ve tried to capture some of the delicacy and lightness of Clara’s writing. I’ve taken my inspiration from the opening bar of the Scherzo - its ’skipping’ rhythm, the intervals, the overall sonority - and continued to play with that basic material. I also make use of the ’sostenuto’ pedal on the piano to sustain certain ‘chords’ in the background as the piece moves along, adding something of the more modern piano to Clara’s 19th Century instrument!