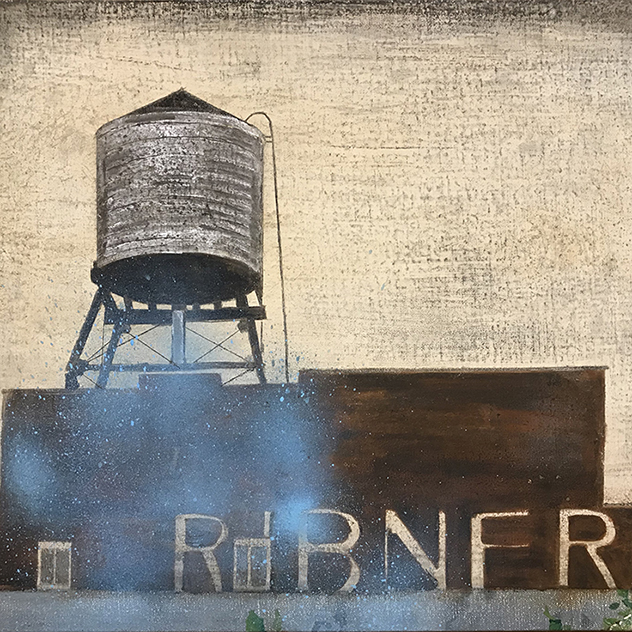 An exhibition of paintings, curated by John Kennedy, with work by Colin Crotty, Sheenagh Geoghegan, John O'Dwyer, Maurice Caplice, Glenn Fitzgerald, John McNamara and John Kennedy. Colin Crotty Colin Crotty was born in Co. Waterford in 1974, and lives and works in Dublin. He completed an MA in Fine Art at Chelsea College of Art, London in 2004 and a BA in Fine Art at Crawford College of Art Design, Cork in 1997. His work has featured in solo exhibitions recently at Oonagh Young Gallery Dublin (2018); Matthias Erngtes Galerie, Düsseldorf, Germany (2017); Sirius Arts Centre, Cork, Ireland (2016). Recent group exhibitions also include Beyond Boundaries, Goodman Arts Centre, Singapore (2017); Peripheries, Gorey School of Art, Co. Wexford, curated by James Merrigan (2017); Seachange, Tulca festival of visual art, Galway, curated by Mary Cremin (2015). On graduating from Chelsea College of Art Colin Crotty was awarded the Red Mansion Foundation Art Prize Residency in Beijing. His work is included in the Arts Council of Ireland Collection. Sheenagh Geoghegan Irish artist Sheenagh Geoghegan was born and lives in Tipperary. She holds a first-class honours degree in Art from Crawford College of Art, at her degree show she won The Parfey Murphy Student of The Year Award. In 2013, she completed her Masters at The Slade School of Art in London where she was awarded the Stanford Scholarship, The Orpen Award, and The Charles Heath Hayward Award , in 2012 she was chosen to represent The Slade to work at dOCUMENTA 13 on the activated projects during the hundred days of the festival. She has exhibited widely in Europe and America where she recently showed at The Leila Heller Gallery, New York. John O'Dwyer John O’ Dwyer is a Tipperary based Musician, Designer and Teacher. He was awarded a First-Class Honours Master of Science (MSc) from University of Limerick in 2016 and a Bachelor of Science (BSc) in Creative Multimedia from LIT in 2015. Since graduating John has worked primarily as a User Experience Designer, Digital Media Teacher and Musician. He has shown work in numerous exhibitions including DAWN@UL 2017, The Source Arts Centre Culture Night 2016, The Flat Pack Museum at the Hunt Museum 2016 and Pen Pixel at LIT 2015. Johns creative work focuses on the intersection between conceptual art, humour and technology. His work is inﬂuenced by Experimental Film, Glitch Art, Generative Algorithmic Composition, Interactive Art and Technology. Maurice Caplice Maurice Caplice is an artist that works in Painting, Sculpture and Sound. Working in Clonmel and Dublin, Ireland. Maurice Caplice was born in 1978 in Clonmel Co Tipperary. Caplice graduated from National College of Art Design, Dublin, Ireland in 2002 with an Honours degree in Fine Art Painting. After 2 years of travel in Europe he achieved a postgraduate Diploma in Fine Art from the Cyprus College of Art, Lempa, Phafos, Cyprus in 2005. To date he has exhibited throughout Ireland and abroad in countries such as Spain, Norway, England, Cyprus and Slovenia. Caplice also works as a community artist currently working for Developing Alternative Values a Dublin Community group working with adults with mixed abilities. For more information check out www.mauricecaplice.com Glenn Fitzgerald Glenn Fitzgerald graduated in 2003 from the Crawford College of Art, Cork, with a BA in painting. Since then he has had five solo exhibitions in Ireland and London, and has shown in various group shows. Works are included in Bank of Ireland, UCC, and CIT collections. He is currently pursuing a Masters in Painting at National College of Art and Design. My paintings and collages basically draw on and mix together things that interest me visually: magazine culture, the body, street fashion, models and model kits, maps, retro computer games and painting itself. I’m interested in creating dynamic, odd and often humorous relationships in the works to suggest a kind of slippage between meanings and readings of the elements. They are mostly improvised without any pre-planning. I want to surprise myself by the result. Systems do seem to emerge however, from the use and reuse of certain tropes and something like a world or personal language is developing in my objects. The idea is to maybe see the works as parts of a whole, as instances and fragments from a kind of world. I like to think that this world occupies a gap between dimensions, perceptions and apprehensions of reality. John McNamara John McNamara is a self-inflicted poet. Drawing inspiration from modernist and populist poets to establish a conversationalist style based on imagery and emotion all set to an internal musical tempo.He is twice self-published; ‘The Age of Industrial Fallout’ in 2007 and ‘Red Paint, Green Eyes, Blue Fools and Black Commerce’ in 2018. The 2007 work saw him attempt to find his voice while immersed in a modern industrial environment and the early years of parenthood. The follow up in 2018 further developed an immediate style, mixed with personal reflection influenced by oncoming middle age and the effect of 21st century modernism.McNamara is currently working on his third installment ‘In Exile’, a collection of poems reflecting the memories and lives left behind both in time and space. For this exhibition he has tried to encapsulate the immediate and personal impact of words on the reader in an open and exposed setting of a gallery. The materials used are paper and oils. While not his initial venture into formal artistic format it is his first at combining art and poetry. John Kennedy John Kennedy is a painter who lives and works in Clonmel, Co. Tipperary. He completed a BA in Fine Art at Crawford College of Art and Design, Cork in 1996. His paintings are concerned with the idea of abandonment and the evolution of the subject matter. The abandonment of objects that may previously have performed an important function. His works explore the physical properties of paint. Building up surfaces by layering the different mediums, the paintings are constructed by allowing the mediums to react with each other. The mixture of materials yield a multitude of textures. The last layer creates the ground onto which the final image is painted. His work falls between abstraction, realistic representation, and cartoon.