She'll Give You All She Has - Orla Barry, Laura Fitzgerald & Chloe McKeown

She'll Give You All She Has - Orla Barry, Laura Fitzgerald & Chloe McKeown 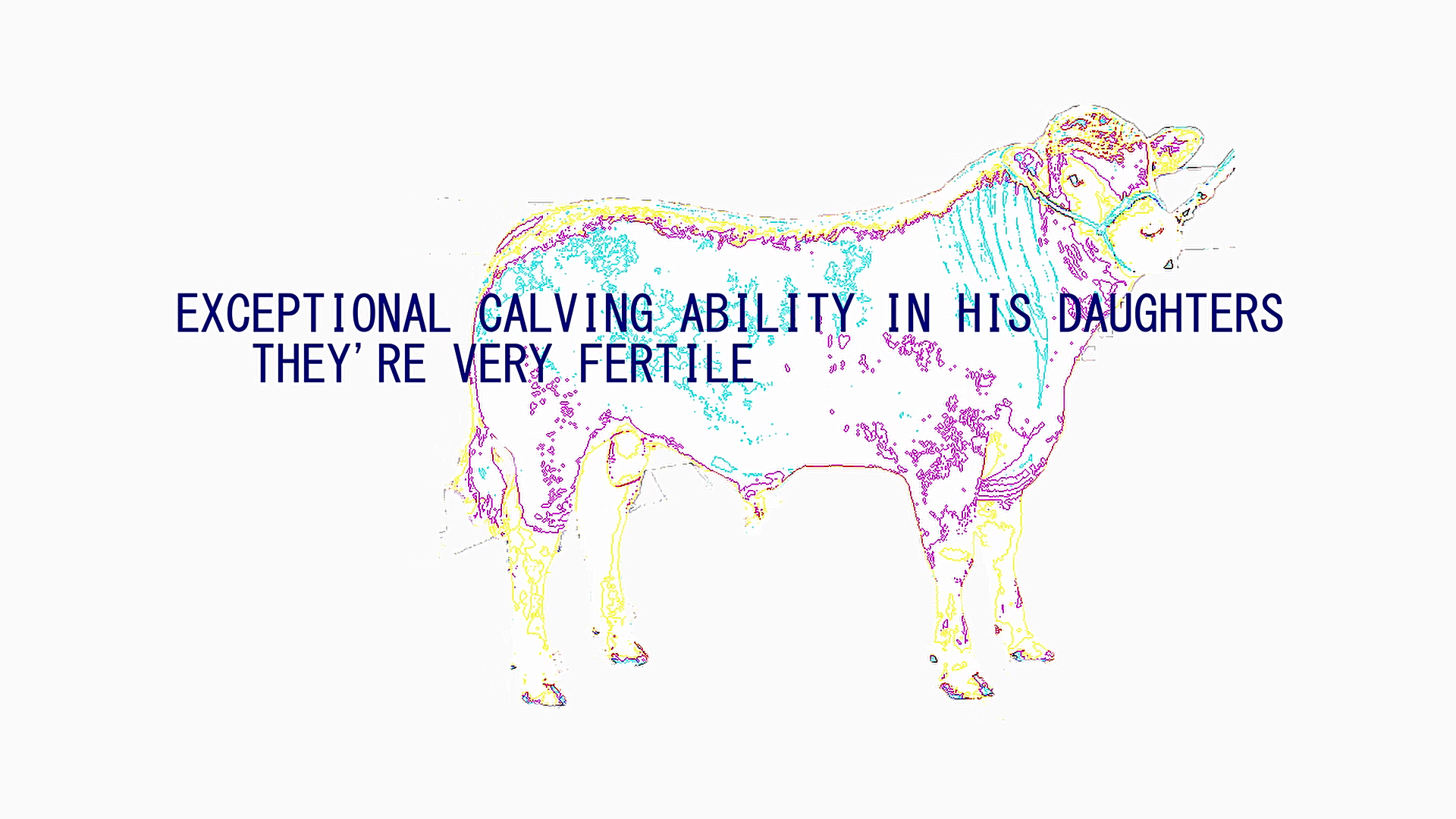 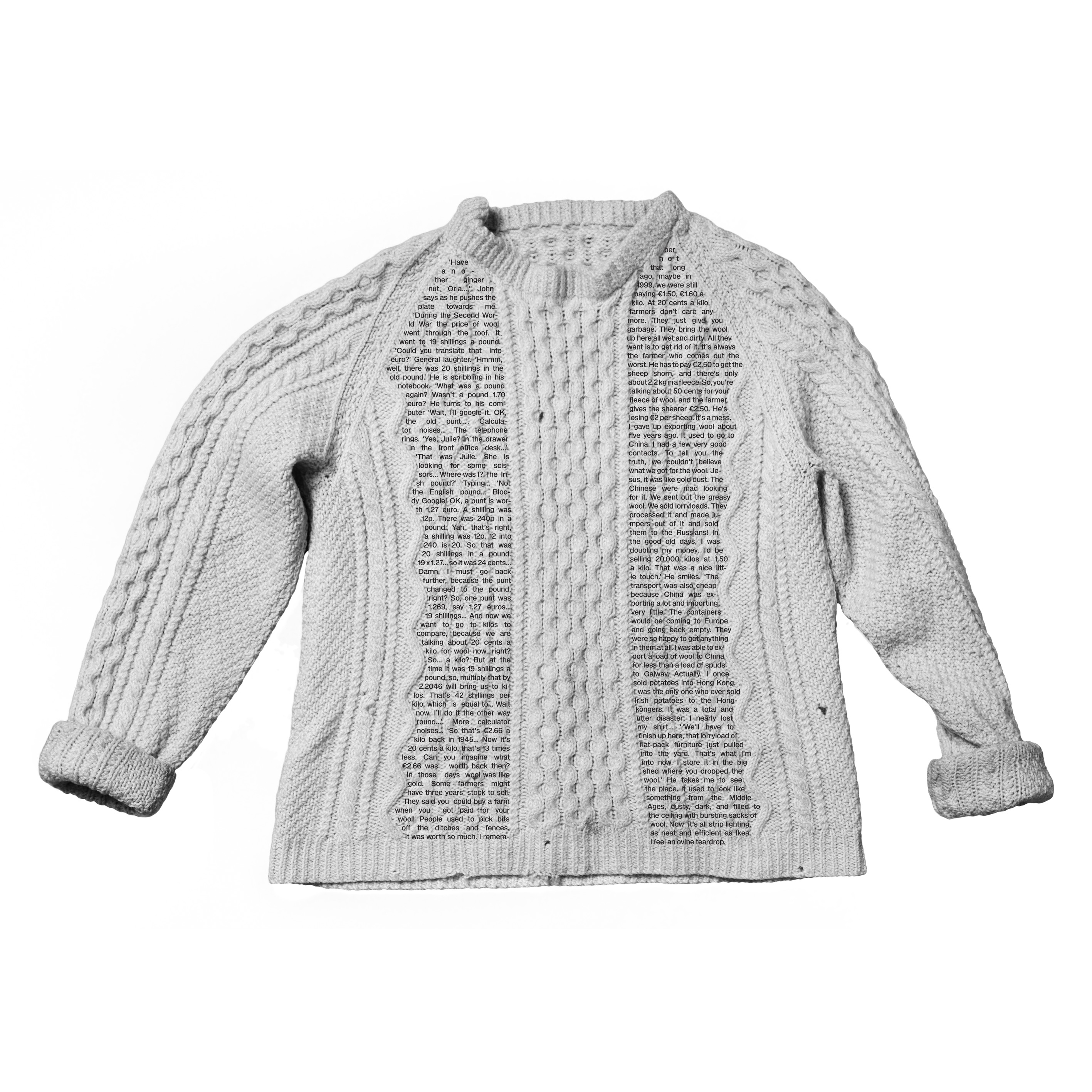 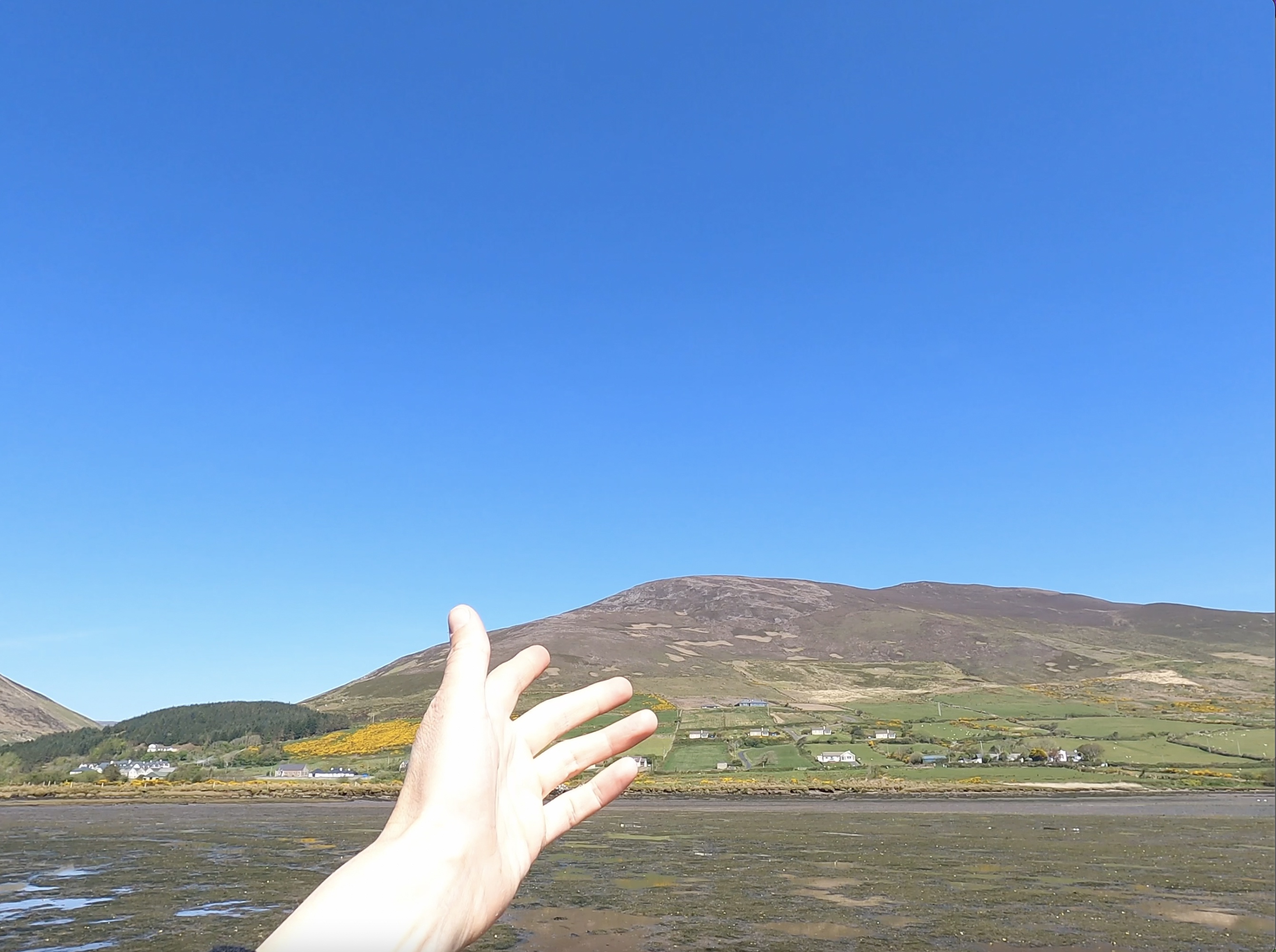 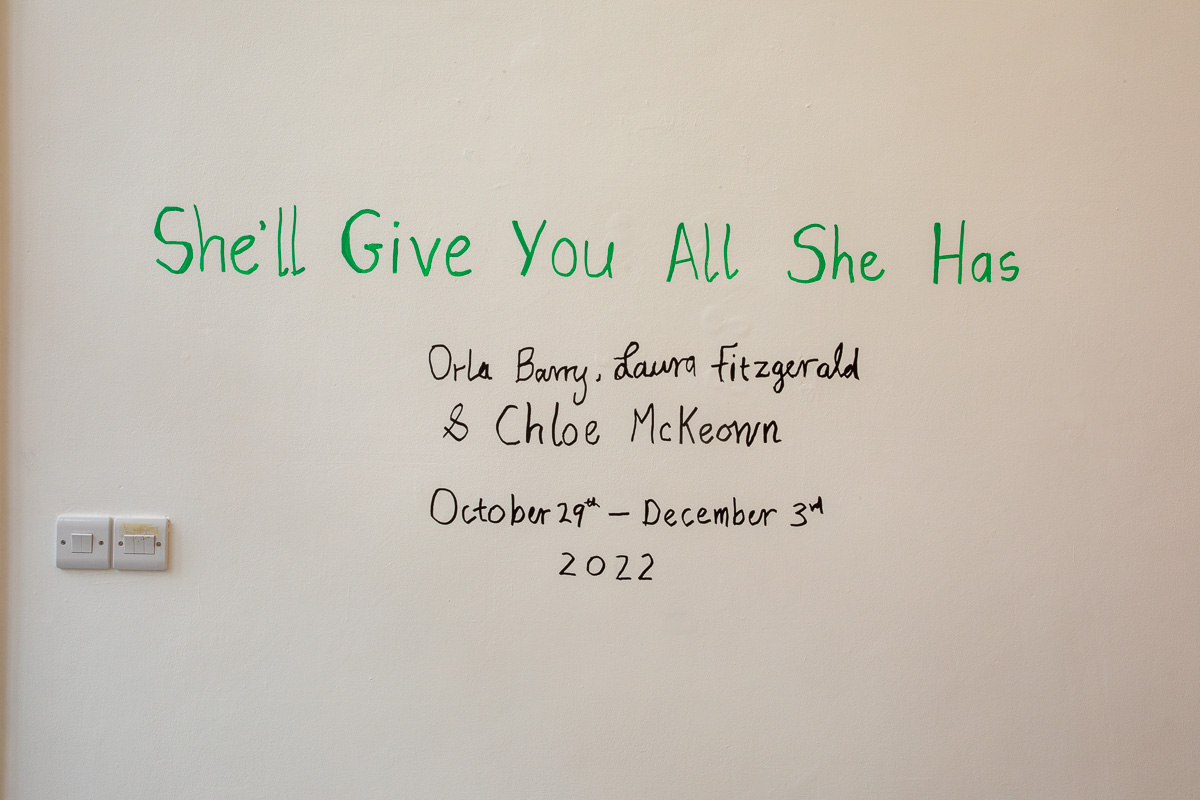 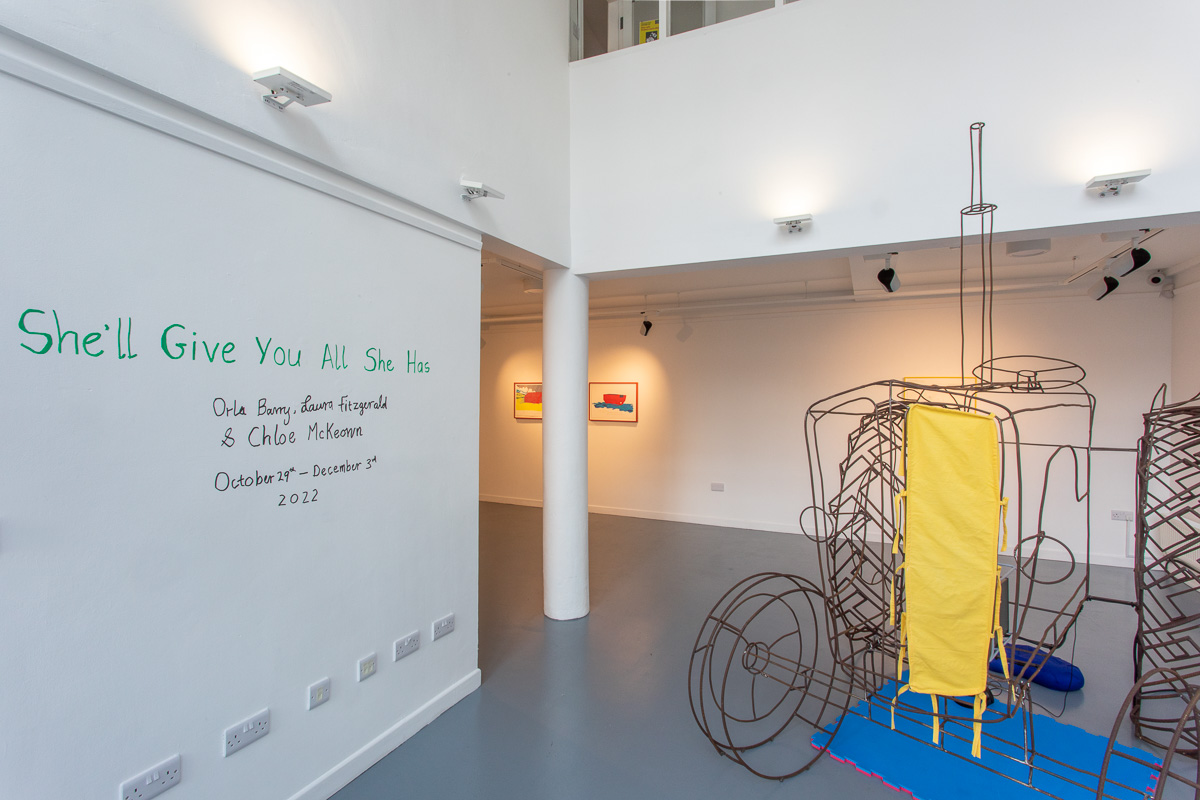 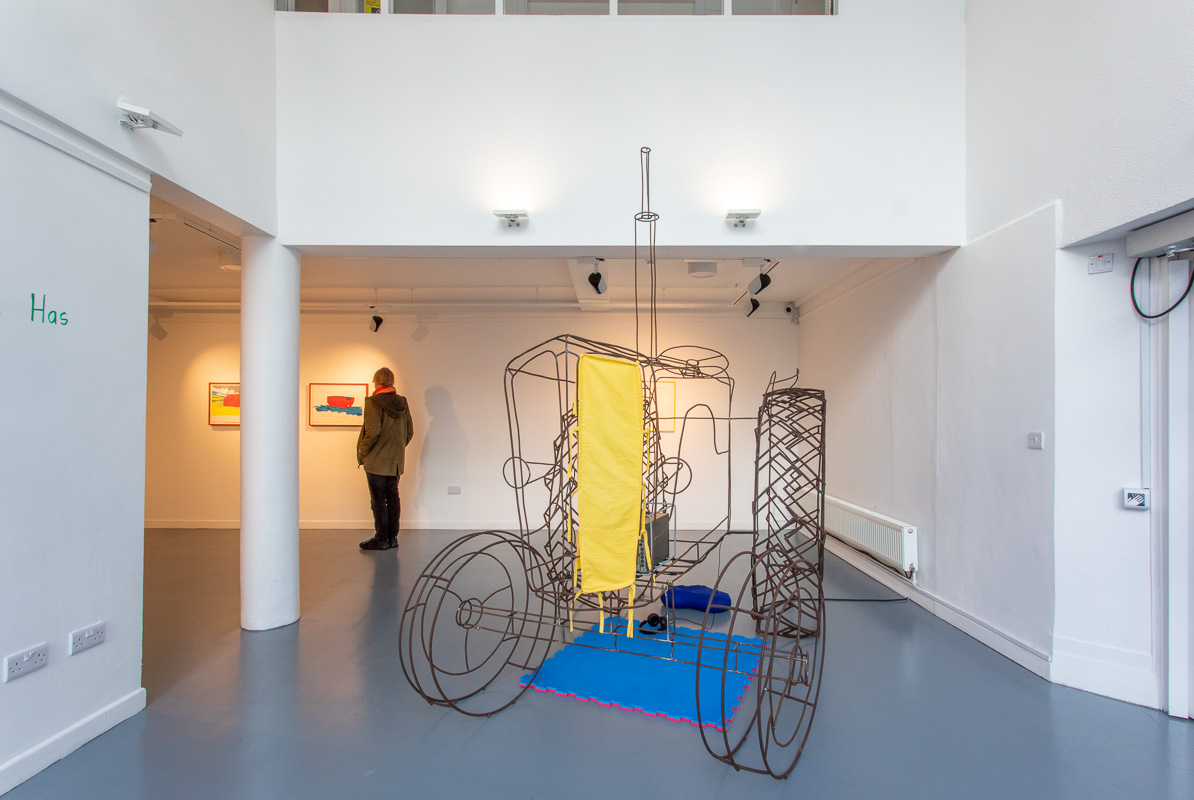 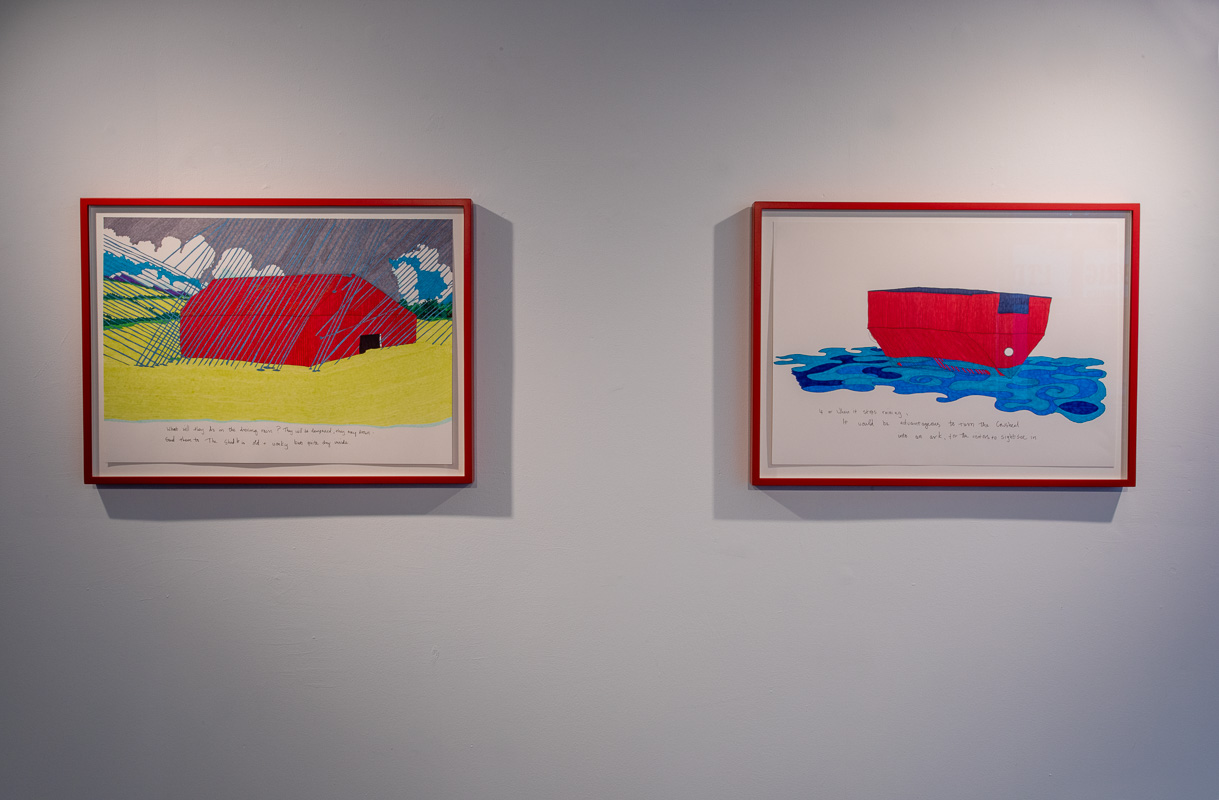 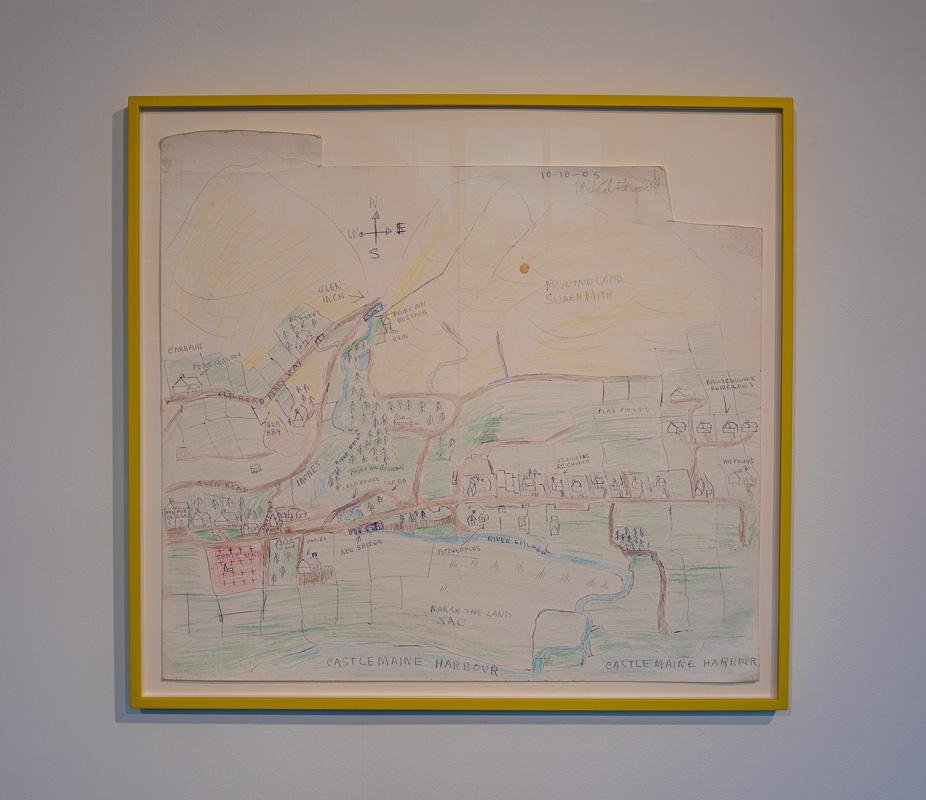 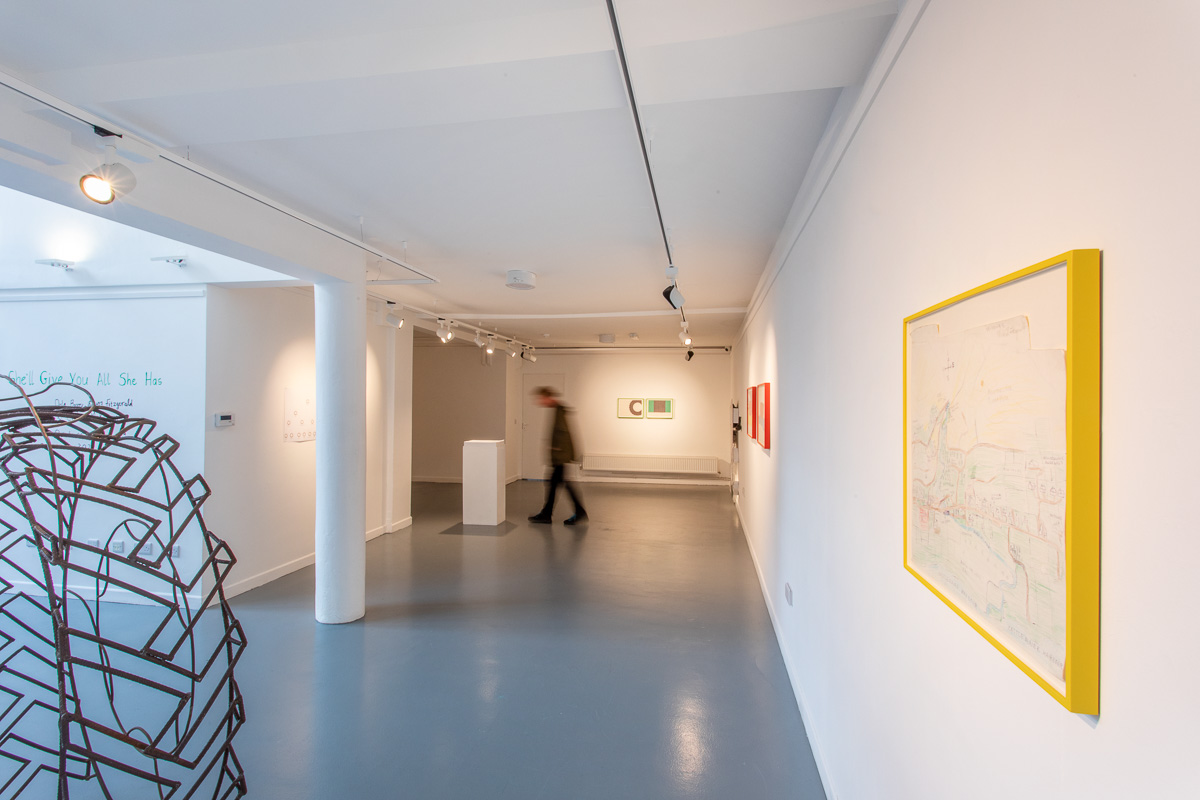 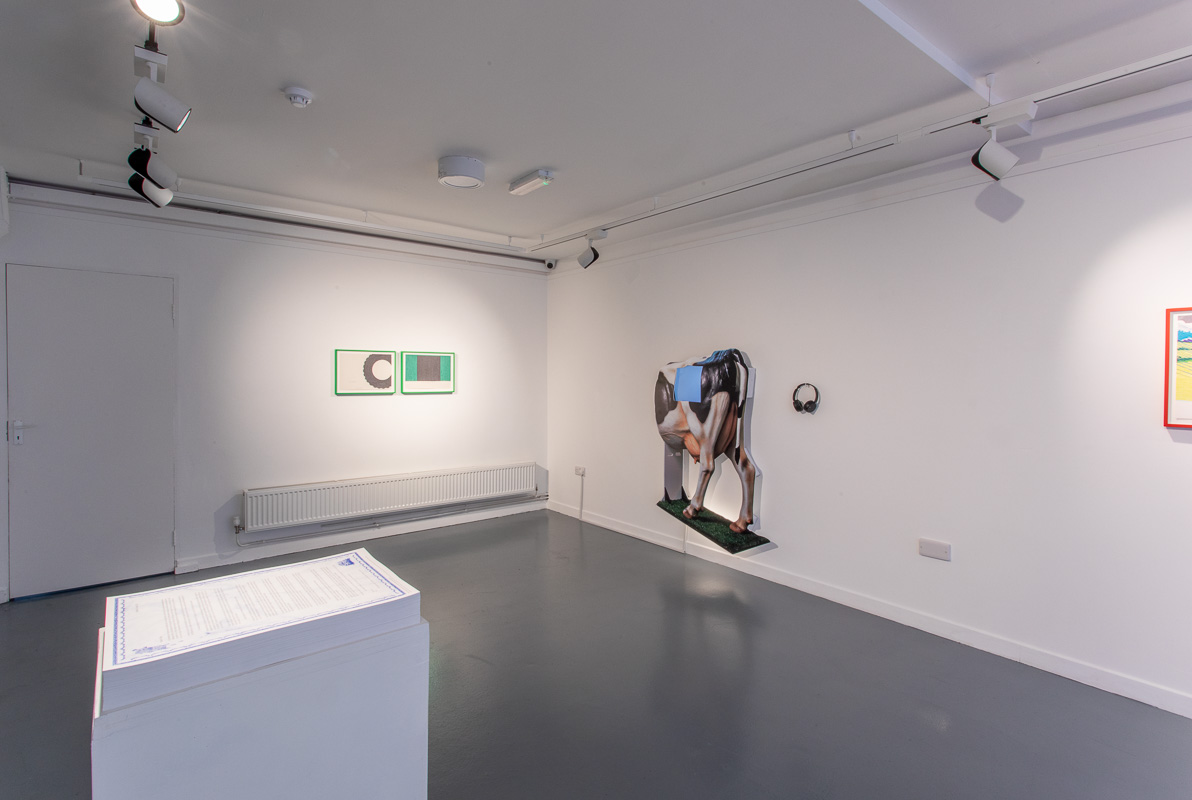 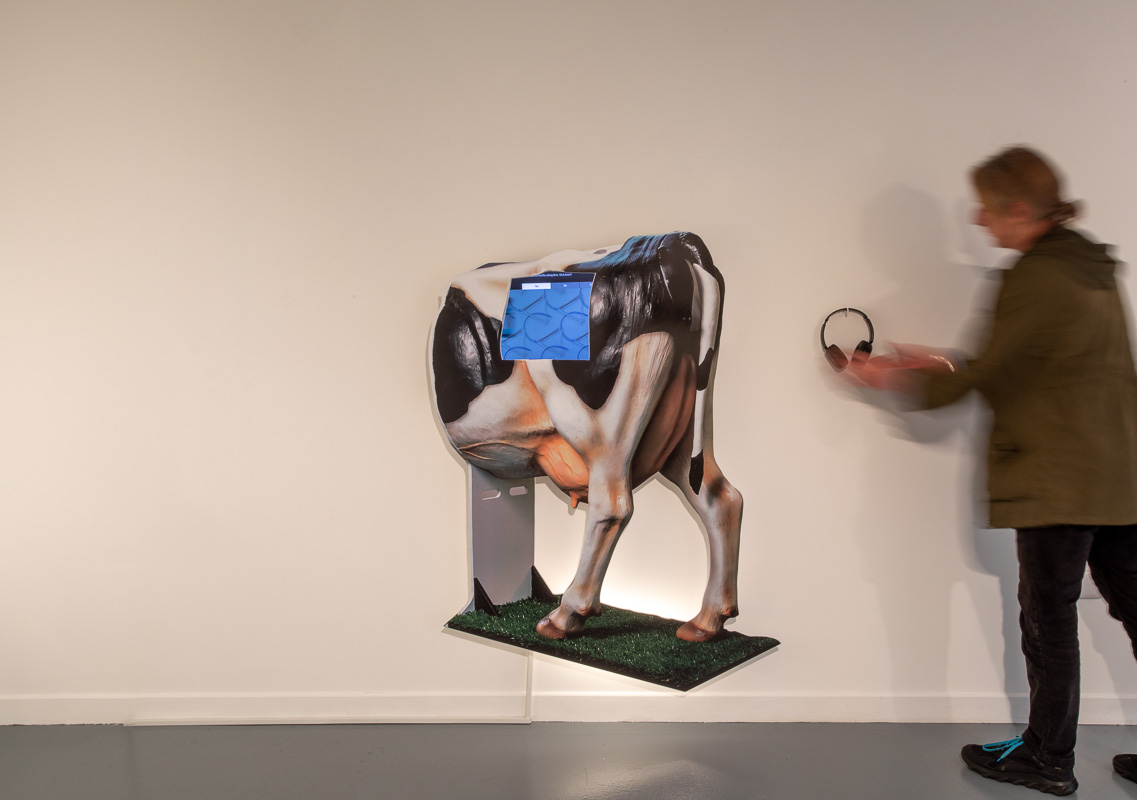 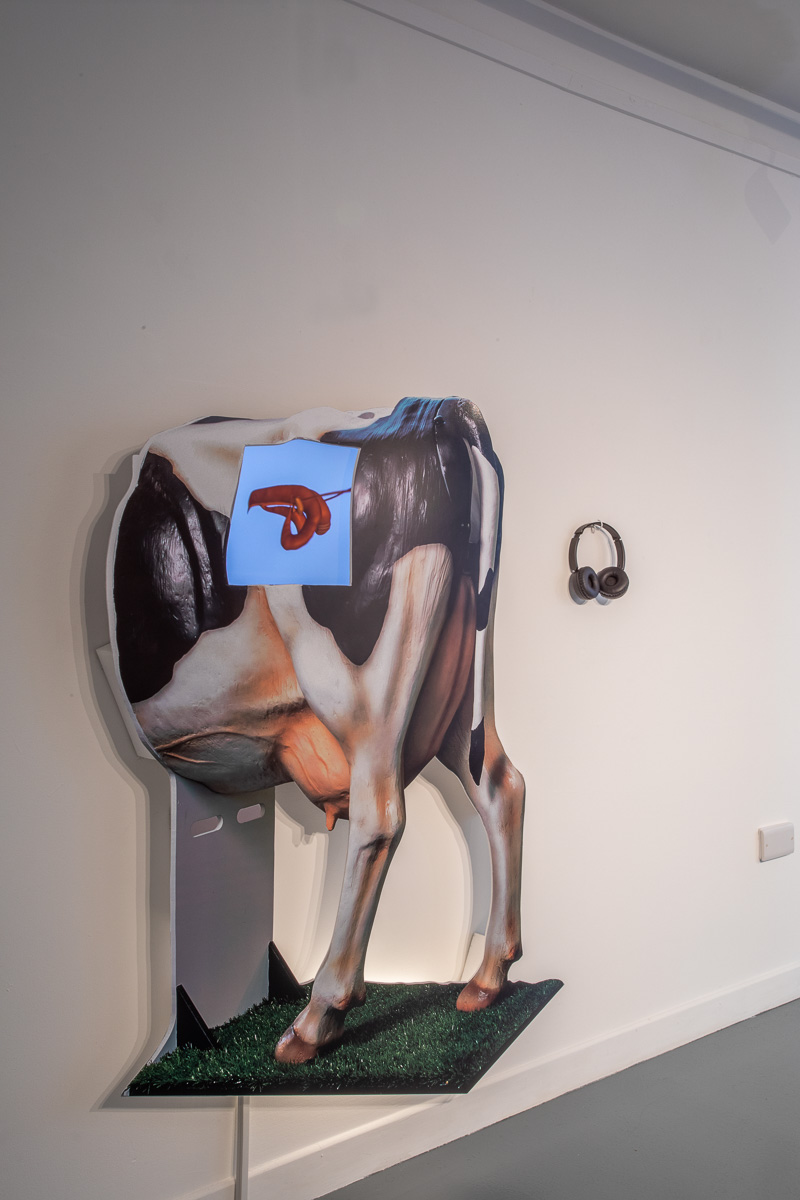 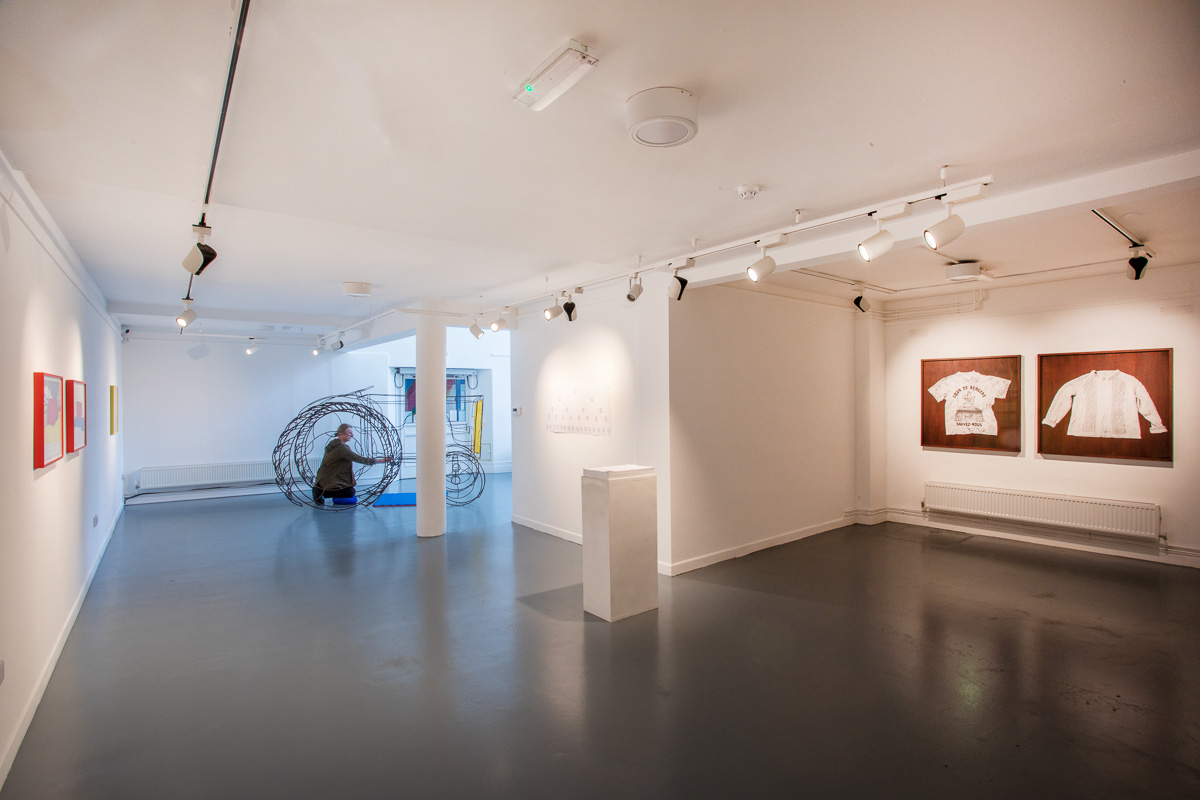 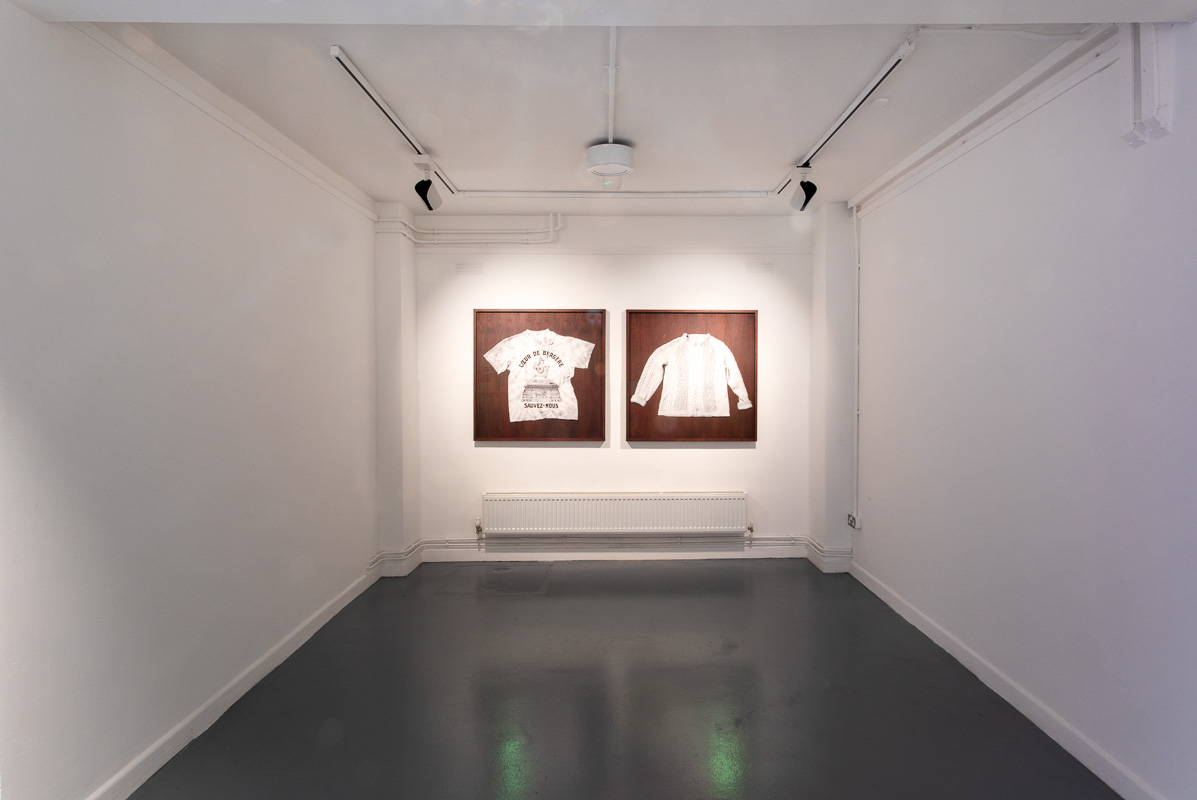 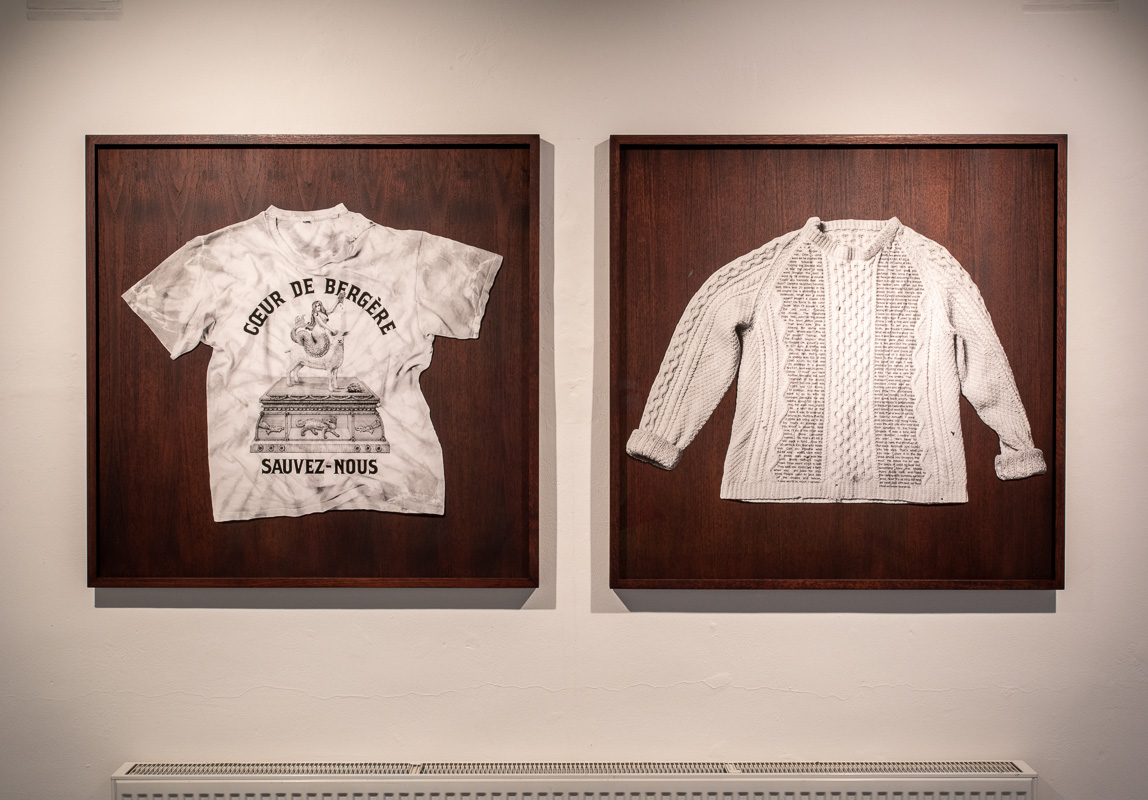 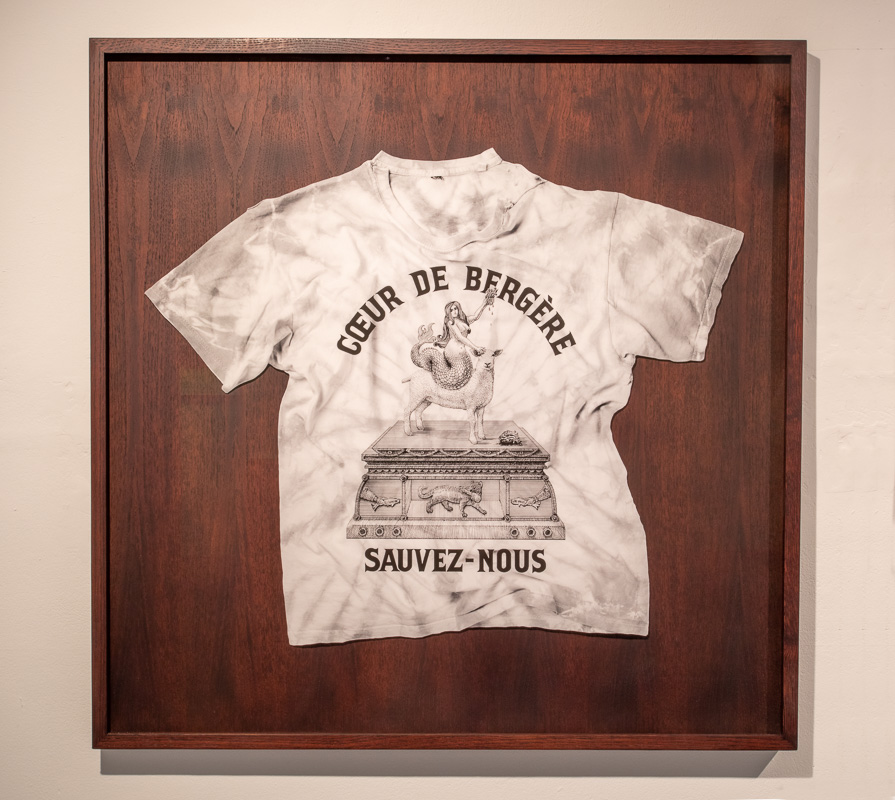 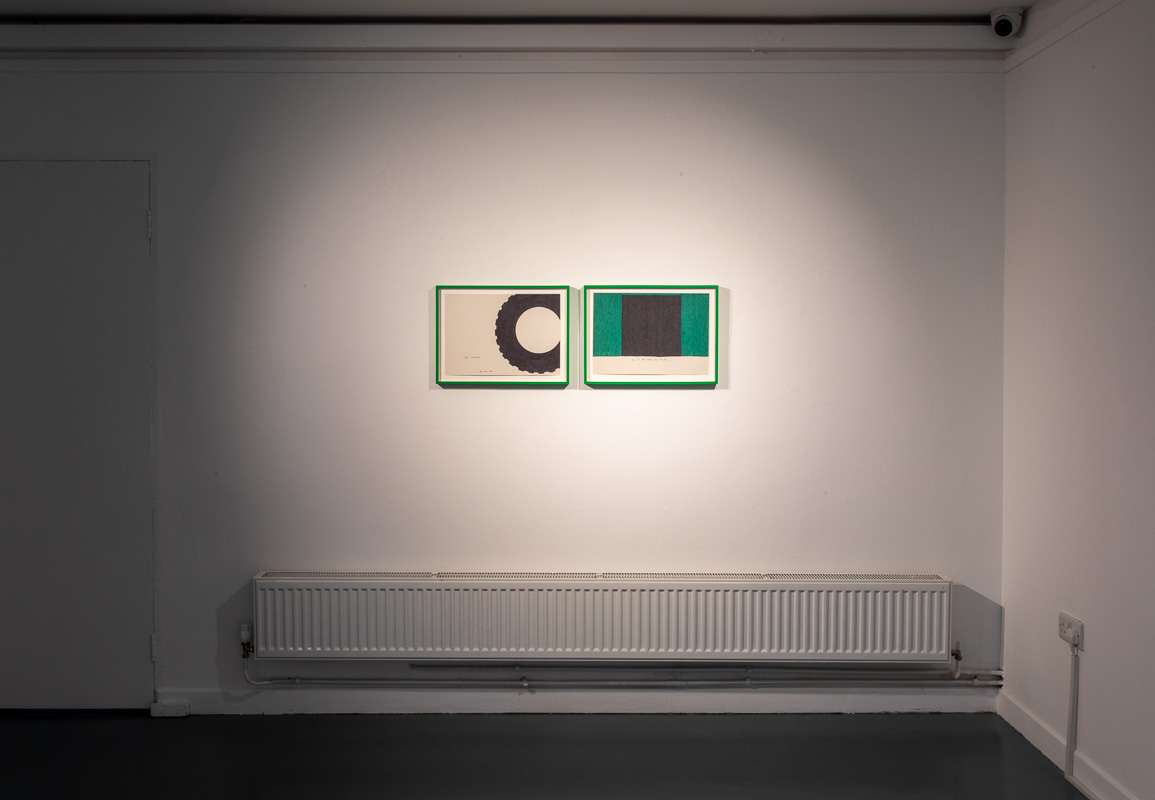 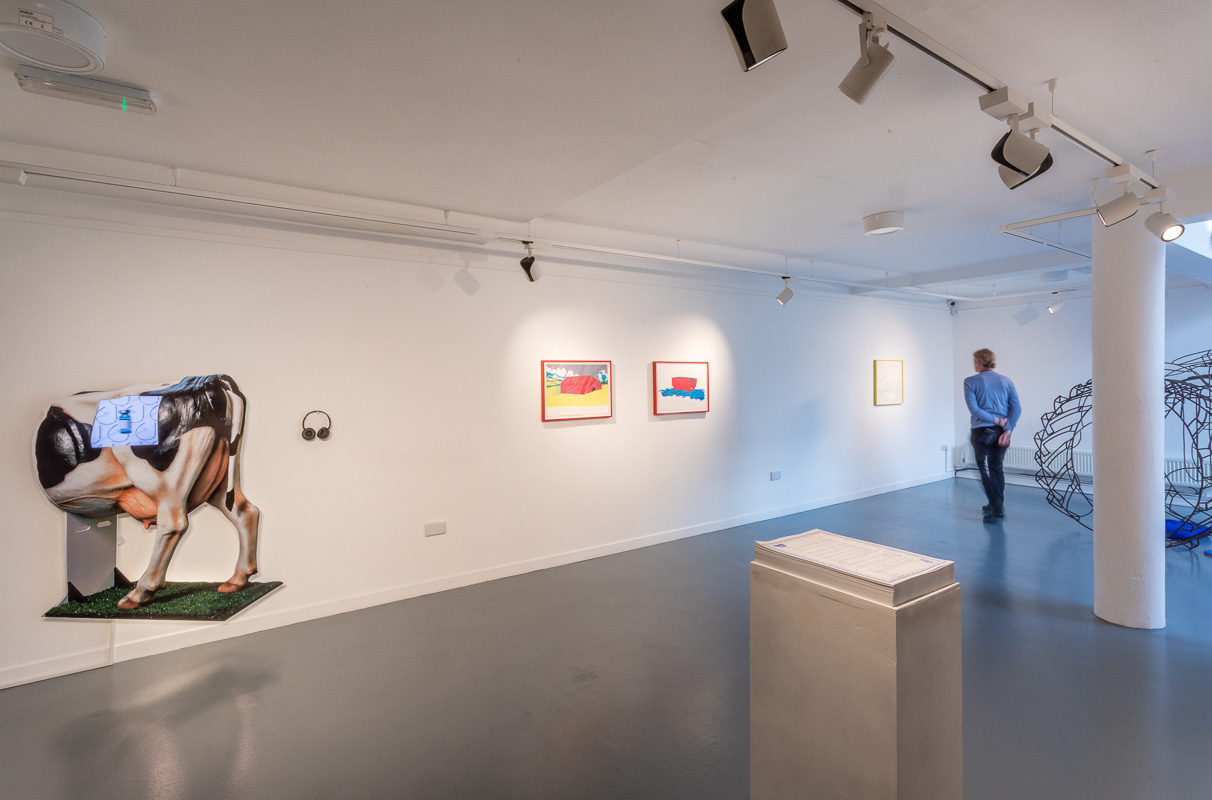 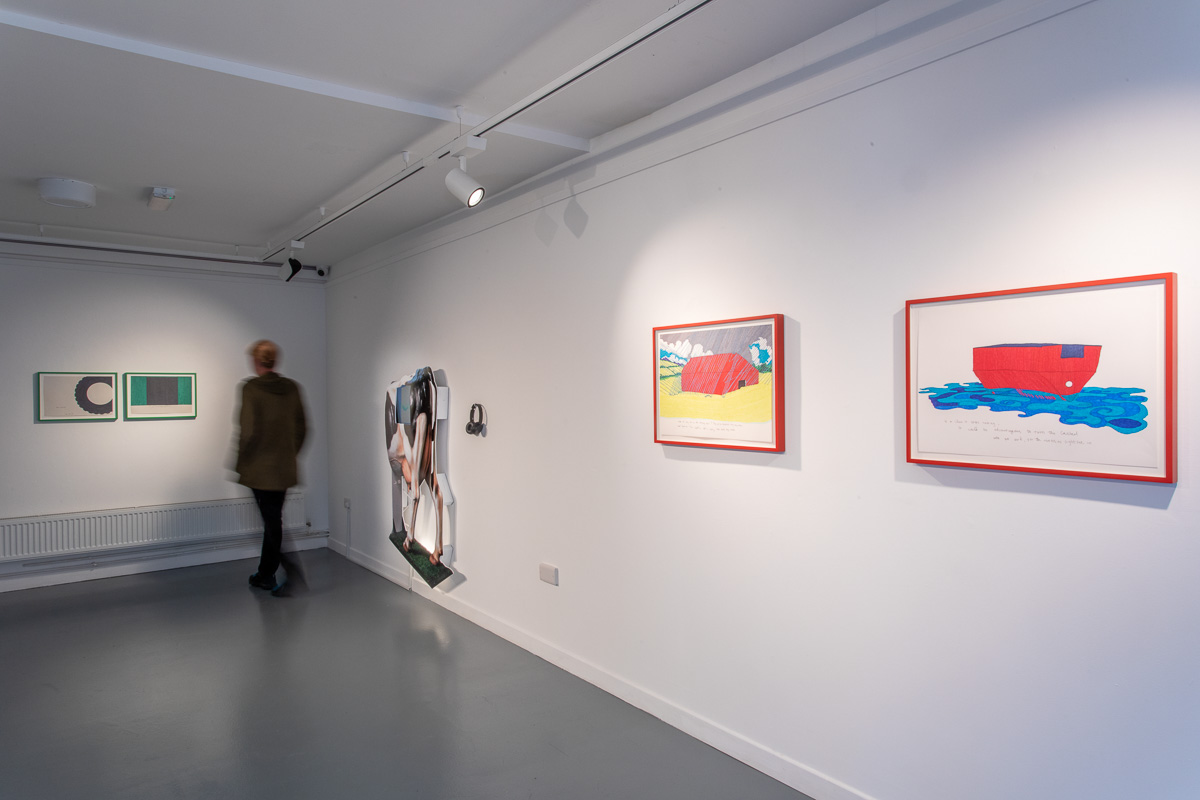 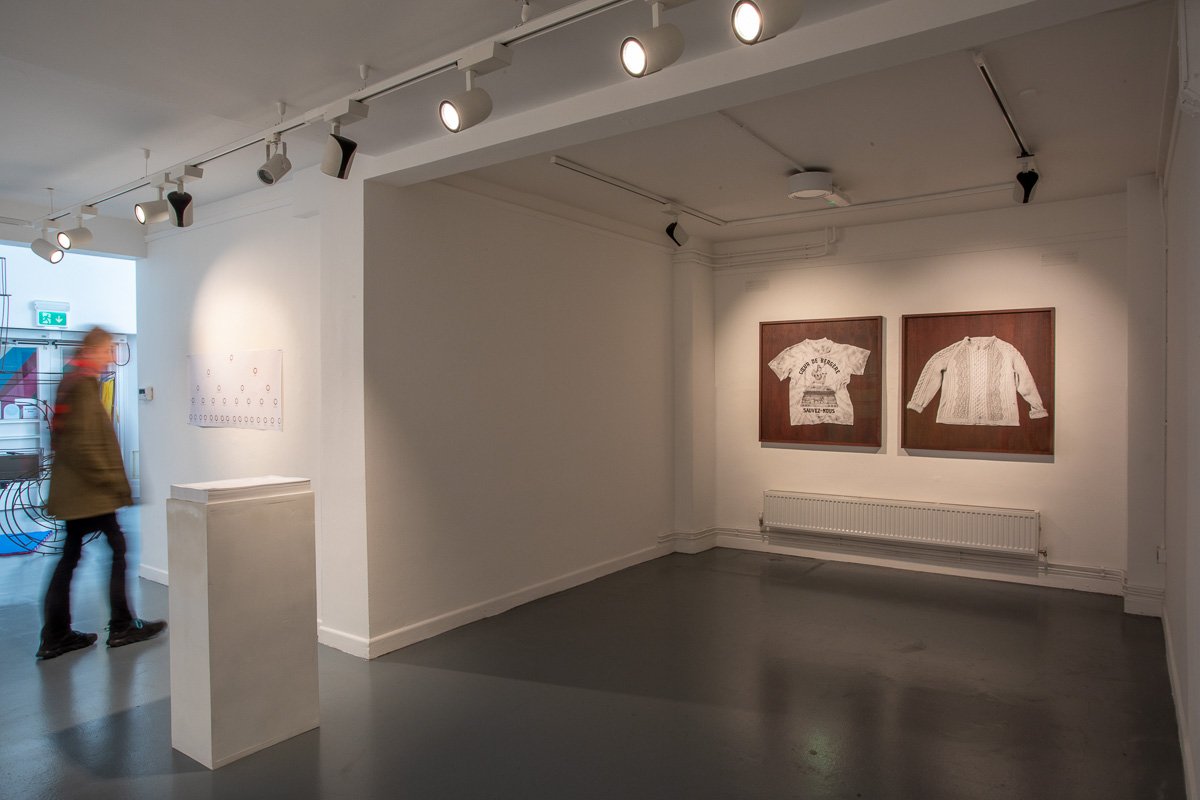 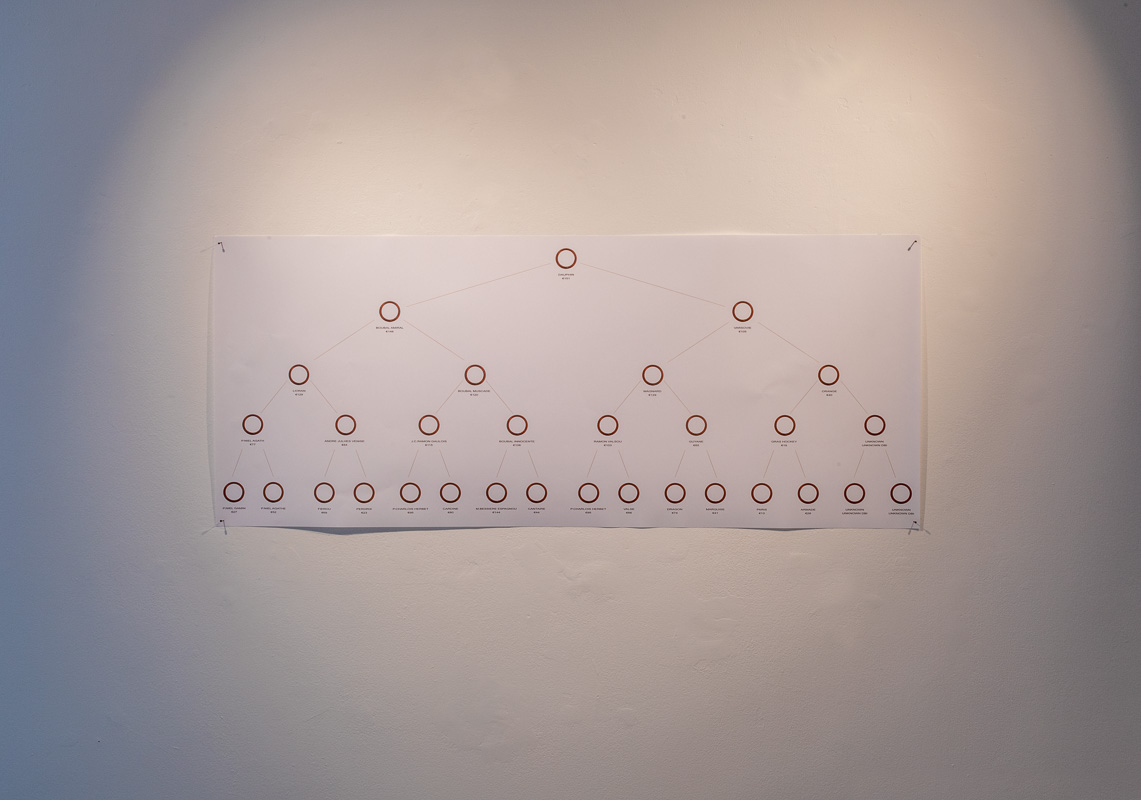 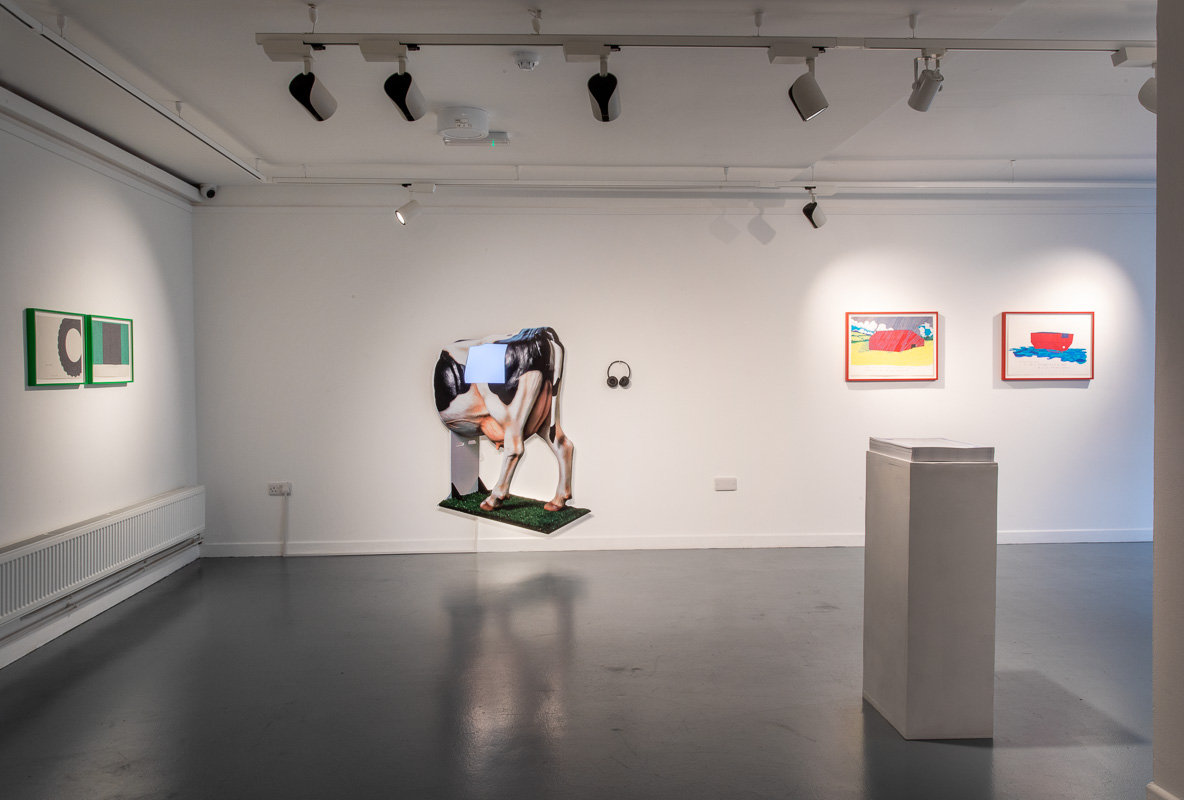 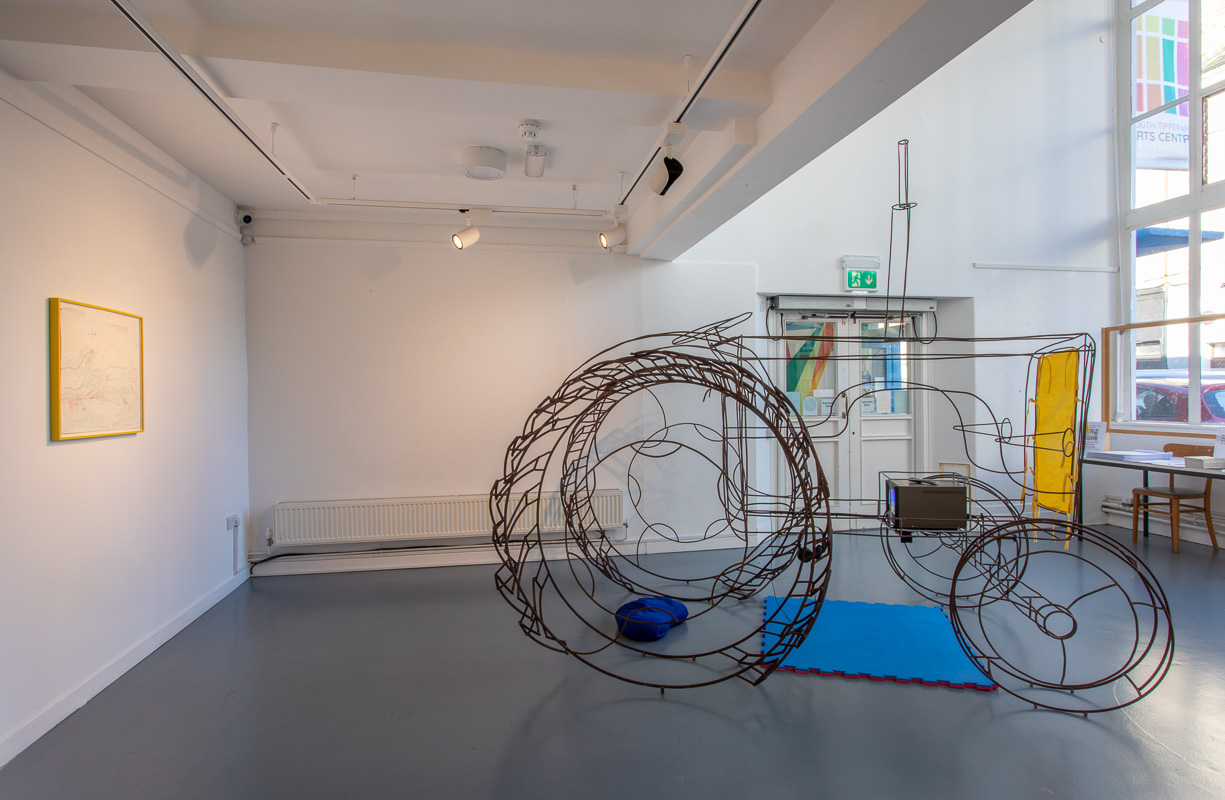 ‍She’ll Give You All She Has

The female relationship with agriculture, the family farm and the division of labour has become more visible in recent years, both in the growing visibility of women farmers and as an area of research for women artists.

The idea of ‘the rural’, here variously understood as issues relating to farming, the countryside and animal husbandry, is the focus of these three artists, Orla Barry, Laura Fitzgerald and Chloe Mc Keown.

Each connects to the landscape in different ways. Barry has experience of both being an artist and a shepherd (she has bred pedigree Llyen sheep), Fitzgerald was brought up by a farmer, and Mc Keown lives in (relatively) rural Co Meath. Yet the research and focus of each is very different, extending from the anxieties and challenges of balancing careers as shepherd-artist (Barry), an occasionally fraught relationship with the countryside (Fitzgerald), and the often callous nature of breeding cattle (Mc Keown).

In She’ll Give You All She Has the artists tackle these concerns through a mixture of objects, sound, print, writing and video. The works are woven through with absurdity, tragedy, humour and the kind of emotional detachment familiar to readers of contemporary farming manuals.

Emerging artist Chloe Mc Keown presents new work, continuing her fascination with the refined methods of breeding cattle, from the fetishisation of the number one breeding bull in the country, to the faintly ridiculous mechanics of artificial insemination training. Her life-size piece Henryetta The Cow is an image of an artificial insemination training aid in the form of the rear end of a cow, here fitted with a small video screen. The video explores the intimate manipulation of cow bodies in the pursuit of producing genetically superior offspring, and ultimately, bigger profits.

The result of such attentive breeding is illustrated in Their ability to produce is coded into their genes (i):, a chart showing the family tree of Dauphin, Ireland’s top sire bull as indicated by The Irish Cattle Breeding Federation’s Dairy Beef Index. Mc Keown explains, “The index rates the bulls based on several genetic traits that affect the profitability of their offspring, such as easy calving and carcass conformation, characteristics which ultimately shape the physiology of domestic cattle”.

A counterpoint to this dispassionate approach to rearing livestock is the focus of the deeply personal text by Orla Barry, whose intimate relationship with her flock of pedigree Lleyn sheep, and her recent decision to take a break from them and farming, provides the narrative.

Can Barry continue being both a shepherd and an artist?

Her work advocates for support for small farmers and people who care about the rural environment, those who live and work there - like herself. Barry’s writing and her oversized representation of a hand-knit Aran Jumper could be read as a kind of eulogy for an uncompromised rural existence in which nature and farming can exist side by side. Instead she experiences along with her confrerés the turbulent fortunes of farmers; particularly in this case sheep farmers; the falling price of wool, the weather, and the everyday labour of caring for sheep and the physical and mental toll this can take.

The countryside, nature, farming and the peculiar habits of the art world are all fair game in Laura Fitzgerald’s video work A Mountain for Venice (2021), a proposition to submit a small Kerry mountain as a potential artwork to represent Ireland in the prestigious Venice Biennale.

In the film’s voiceover, Fitzgerald mulls over the logistics of shifting an entire geographic feature to Italy and the impact this might have on her career as an artist.

Further artist anxieties unfold as a drawing’ of a full scale David Brown tractor, which may or may not be deployed in the moving of the mountain and where the making of the piece is as glorious as the work’s title: David Brown’s Enterprise, Micheál Fitzgerald bended and LF welded 8 & 10mm Round Bar with 12mm Rebar, de-tensioned by BCD Tralee, sweat & tears (when I whacked myself in the face with some steel), 2022.

Chloe Mc Keown is an emerging multidisciplinary artist who graduated from Dún Laoghaire Institute of Art, Design and Technology in 2020 with a first class honours BA in Art. Her work examines the ways in which the bodies of non-human animals are objectified and commodified by the human animal. This is done by investigating industries that are reliant on this commodification. From milking clusters to artificial insemination rods, the apparatus of these industries all form the basis of the visuals constructed. Language is also used as a material, the language used within these industries is extracted from its usual setting and deployed in an artistic context with the aim of provoking more contemplation of its usual, everyday use.

The work aims to explore and defamiliarise everyday forms of exploitation. It explores the destruction of subjectivity and individuality of the non-human animal and questions the ethics of the objectification that allows them to be reduced to their ‘productive’ parts. Her work merges video, text and sculptural forms. She has exhibited work in shows such as Surveyor (2020) at Solstice Arts Centre and In the making: Appraisal (2020) at Pallas Projects/Studios, and has received an Arts Council Agility Award (2022).

Orla Barry is both visual artist and shepherd. She lived in Brussels for sixteen years and now lives and works on the south coast of rural Wexford where she runs a successful pedigree Lleyn flock alongside her art practice. Barry writes, makes performances, video and sound installations.

Her work focuses on language, both written and spoken, as well as its visual deconstruction and displacement— via frequently associative techniques. Fiction, auto ethnography and oral history are blended to reflect on the culture of disconnection from the natural environment and the boundaries of art and the rural everyday.

Barry plays with the fractured relationship between agriculture, gender and the natural world. But her work also deals with the materiality of words and approaches to writing and speaking to accentuate this physical and embodied understanding of language as form.

Laura Fitzgerald is a visual artist working in drawing, painting, installation, video, and text. A graduate of both the National College of Art and Design, Dublin and Royal College of Art, London, she is a recipient of the Visual Arts Bursary Award (Arts Council of Ireland) for 2021-22.

Recent exhibitions include participation in the 39th EVA International with ‘Fantasy Farming’ (2020) at Limerick City Gallery of Art, the site-specific mountain-based artwork ‘Cosmic Granny’ (2019) in Inch, Co. Kerry, and ‘Lucian’s Neighbours‘ (2018) at the Irish Museum of Modern Art, Dublin. She received a 2021 Golden Fleece Award to create a studio on her father’s land in CountyKerry.

‘I have made a place’, was exhibited at the Crawford Art Gallery Art, Cork City from June - September 2021, curated by Michael Waldron. She also recently participated in the group shows ‘A Growing Enquiry: Art, Agriculture, reconciling values’ at the RHA gallery (2022) and ‘An Animate Land’ at Roscommon Art Centre (May 2022) with artists Miriam O’Connor and Marian Balfe.  She showed work at Supermarket Art Fair Stockholm, Sweden, also in May 2022 with Ormston House, Limerick.InSpring 2023 Laura will participate in the Bemis Center for Contemporary Arts residency program in Omaha, USA for three months. It doesn’t get any easier. She is 38.