A concert of Christmas music of the 16–18th centuries for for Voice, Lute, Renaissance and Baroque Guitars with Eamon Sweeney and Róisín O'Grady 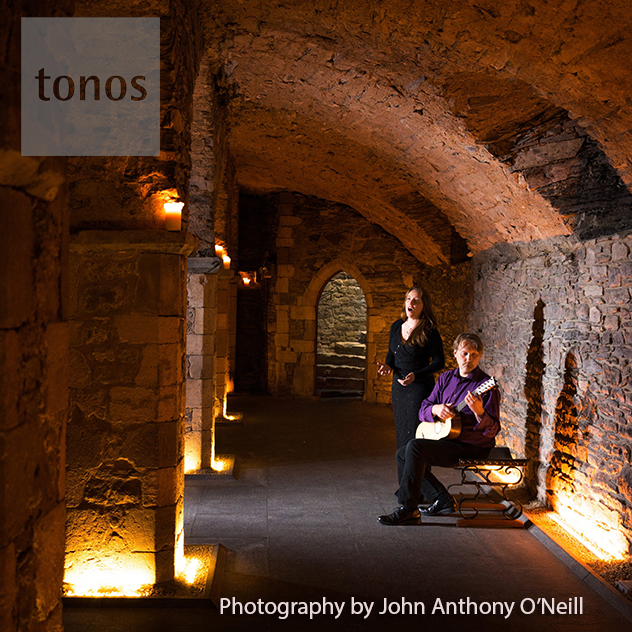 A concert of Christmas music of the 16–18th centuries for for Voice, Lute, Renaissance and Baroque Guitars with Eamon Sweeney and Róisín O'Grady

http://tonos.ie/ - tonos WinterSong Main Guard, Clonmel 7th December 8pm Tickets are also available on Door and in the Arts Centre A concert of Christmas music of the 16–18th centuries for Voice, Lute, Renaissance and Baroque Guitars The significance of the mid-Winter period transcends faiths and cultures and it is celebrated in music across the globe. This concert comprises Christmas-themed music of the 16th–18th centuries from Ireland, France, Spain, England and further afield – for Voice, Lute, Renaissance and Baroque Guitars. Music from William Byrd, Aodh Mac Aingil, the Dublin Lute books, and that most prolific of ancient composers ‘Anonymous.’ ‘Dia do bheatha’ (16th Century): https://youtu.be/nzkmgd28yYw>https://youtu.be/nzkmgd28yYw ‘Coventry Carol’ (16th Century): https://youtu.be/EStzTypsm9E>https://youtu.be/EStzTypsm9E tonos biography tonos specialise in a blend of Irish and European music from the 16th, 17th 18th centuries – mixing Irish music with works by English and Continental masters and highlighting common threads and distinct differences. . The Spanish word ‘tonos’ translates literally as ‘tone.’ tonos formed in 2008 and their performances include the Ardee, Sligo, and East Cork Early Music Festivals, The Royal Society of Arts, The National Concert Hall, and numerous broadcasts for RTE. They were appointed to the Music Network ‘Artist Roster’ in 2010 and are regularly supported by the Arts Council of Ireland. 'O'Grady has a beautiful voice, full of emotion... Sweeney was the perfect complement'. – Classical Guitar Magazine Eamon Sweeney Eamon began his musical studies on the violin, picked up a guitar while in his teens and subsequently studied Classical guitar at the DIT Conservatory of Music and Drama with Dr. John Feeley. While there he was exposed to the Baroque guitar, inspiring his doctoral research into the 17th-century instrument and its variants. Eamon teaches and performs extensively in a variety of genres. In addition to his work with Tonos Eamon is a founder-member of ensembles, The Gregory Walkers and Sonamus, and has been fortunate to work with many of Ireland’s leading artists including Seamus Heaney, Theo Dorgan, Elaine Agnew and Cormac Breatnach. He is also committed to the provision of Community Music, Music in Healthcare Settings and Early Years Music. Eamon is the Music Network 2017–2018 Artist in Residence at The Mermaid Arts Centre, Bray. www.eamonsweeney.ie Róisín O'Grady Róisín has performed in recital and oratorio throughout Ireland and specialises in the performance of early music. A graduate of University College Cork and the Royal Scottish Academy of Music and Drama, Róisín was a member of the National Chamber Choir of Ireland for over 2 years. As a soloist, Róisín has performed with early music ensembles, orchestras and choral societies throughout Ireland including the RTÉ Symphony Orchestra, the RTÉ Concert Orchestra, the Irish Consort, the BBC Scottish Symphony Orchestra and the Irish Baroque Orchestra. Festival performances include Galway and East Cork Early Music Festivals, the West Cork Chamber Music Festival and Kilkenny Arts Festival. As a member of tonos she has performed in the John Field Room, NCH, the National Gallery of Ireland, the Sligo Festival of Baroque Music and was broadcast in concert by Lyric FM. She works regularly with Malcolm Proud giving recitals with harpsichord and piano. Visit www.roisinogrady.com Youtube links https://www.youtube.com/watch?v=EStzTypsm9E - Tonos: The Coventry Carol https://www.youtube.com/watch?v=vlKuBQV3Sig - Dia do Bheatha [Aodh Mac Aingil (1571--1626)] https://www.youtube.com/watch?v=eemUpdJT8AY - Francesco Corbetta (1615–1681) Autre Chaconne